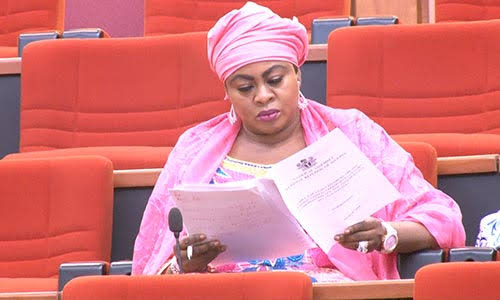 The attorney-general of the federation(AGF), Abubakar Malami, has given the Economic and Financial Crimes Commission (EFCC) the go-ahead to prosecute Senator Stella Oduah and others on alleged N5 billion fraud.

Mrs Odua, a senator currently representing Anambra North is a former minister of aviation. She is being accused by the EFCC of misappropriating public funds while serving as a minister.

She will be arraigned alongside others on 25 count charges bordering on conspiracy, money laundering, and maintaining anonymous bank accounts with a commercial bank.