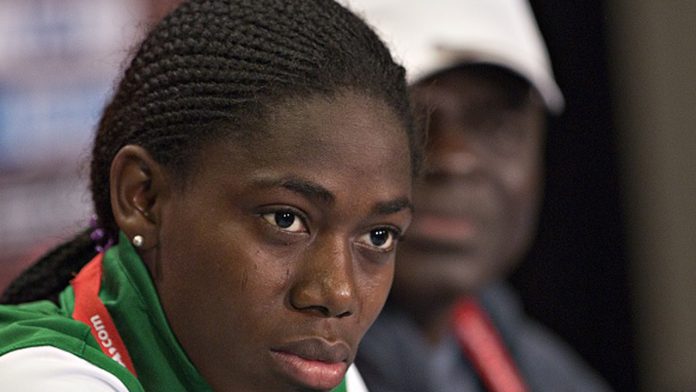 Barcelona forward, Asisat Oshoala, has been removed as the captain of the Nigerian senior women’s national team.

The decision was taken following her performance at the Aisha Buhari Cup with the captaincy believed to be affecting her form on the pitch.

A senior official of the NFF, according to SportNewsAfrica revealed that the decision on Oshoala wasn’t taken in bad faith but in order to help the attacker rediscover her form with the Super Falcons.

“We have no issue whatsoever with Asisat [Oshoala] but thoughts of stripping her of the armband came after Aisha Buhari Cup last September,” the senior official was quoted as saying.

“This is not for anything negative but for troubling concerns of seeing her struggle in national team colours. We and the coach [Waldrum] observed the captaincy is weighing her down and affecting her play. With or without it, we believe she is a true professional player and should not struggle to prove otherwise by delivering on the pitch.”