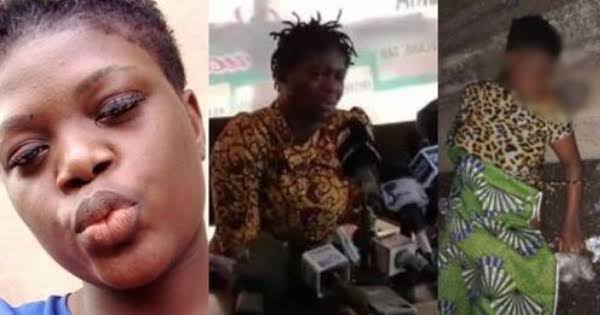 Titilayo, the elder sister of Miss Oluwabamise Ayanwola, who went missing after boarding a Bus Rapid Transit and was later found dead has revealed how Ayanwola died in pain.

She narrated that the private part of Ayanwola was cut while she was still alive.

“Bamise was not just killed, she suffered hell,” her sister said fighting back tears.

She, subsequently, called on the Lagos State and Federal governments to ensure justice.

Titilayo said, “Governor Sanwo-Olu, I am challenging you. My family is not wealthy, we are not influential but we have God. We work hard and struggle to survive. We are content with what we have.

We are Christians to the core. Why has our last born been used for the things of the world? This is a money ritual case.

“She died in pain after they cut her private parts. They didn’t kill her before cutting her private parts. If you are a lover of wrestling, there is what they call hell in the cell. That is what my sister went through before her last breath on earth.

“My mum is 74, dad 84. In the morning time, they didn’t mourn us; afternoon, they never lost any child. But at night, they made my parents put their two hands on their heads and mourn their last born.

“They suffered my parents. This girl was murdered. Why did they want us to suffer?”