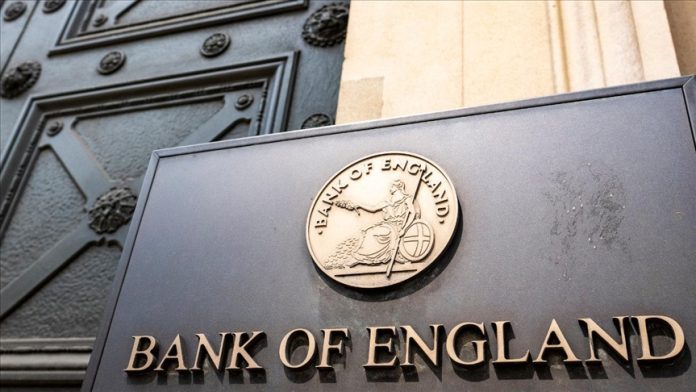 The Bank of England, raised its interest rates from 1.25 percent to 1.75 percent — the biggest hike in 27 years.

The central bank of the United Kingdom explained that the decision was taken to tackle rising inflation.

British annual inflation surged to a 40-year high in June on rising motor fuel and food prices at 9.4 percent.

It also projected that the surge in gas prices would push inflation to around 13 percent by the end of the year.

“The main way we can bring inflation down is to increase interest rates. Higher interest rates make it more expensive for people to borrow money and encourage them to save,” the bank said.

“That means that, overall, they will tend to spend less. If people on the whole spend less on goods and services, prices will tend to rise more slowly. That lowers the rate of inflation.

“To help inflation return to our 2% target, this month we have raised our interest rate to 1.75%.”

The bank also forecasted that the UK economy is set for a five-quarter recession starting at the end of the year — with the gross domestic product (GDP) shrinking in the fourth quarter of this year and in each quarter throughout 2023.

“The squeeze on households’ incomes due to the rise in energy prices has led to slower growth in the UK economy. We expect the size of the UK economy to fall over the next year,” it said.

Speaking to journalists after the rates decision, Andrew Bailey, the bank’s governor, said: “Returning inflation to its 2% target remains our absolute priority, no ifs, no buts”.

“I recognise the significant impact this will have and how difficult the cost-of-living challenge will continue to be for many people in the United Kingdom,” Bailey said.

“Inflation hits the least well-off hardest. But if we don’t act now to prevent inflation from becoming persistent, the consequences later will be worse and will require larger increases in interest rates.”