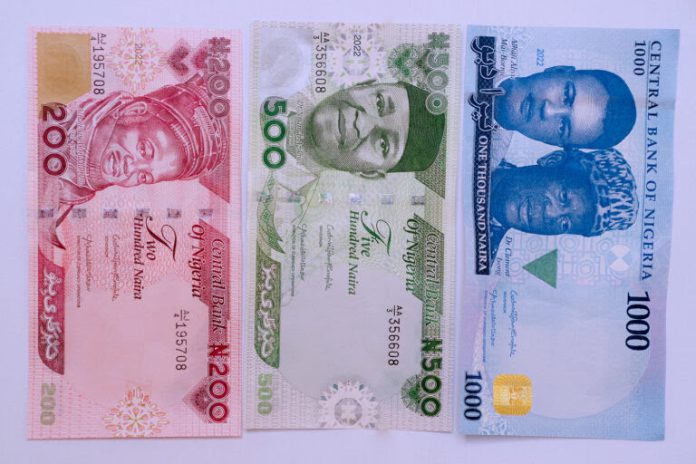 The Central Bank of Nigeria (CBN) says any commercial bank that fails to pick up the new naira notes for distribution will be fined N1 million daily.

Adeleke Adelokun, a deputy director at CBN, made this known while sensitising traders on the need to embrace the new currency and return old ones to banks, at Ayegbaju International Market in Osogbo, the Osun state capital, on Friday.

Two weeks ago, the CBN ordered banks to halt dispensing the new currency notes over the counter, and only make them available via automated teller machines (ATMs).

It further threatened to penalise commercial banks who fail to comply with the directive of loading the redesigned naira notes in their ATMs.

Speaking with the traders, Adelokun said the apex bank had printed enough naira notes but observed that commercial banks were not collecting them.

“But, what we discovered was that most of the banks that are supposed to collect the new notes have not collected them. So, we have put a sanction on the banks.

“Any bank that fails to collect the new notes from CBN will pay N1 million as sanction per box, per day and the amount they are to pay now will depend on the number of days they have not collected the notes.

Adelokun said the CBN team from Abuja, which had been in Osun since Wednesday, had been going round commercial banks in the state, meeting with their officials to ensure that they were paying out the new naira notes to customers.

He said the team was at Ayegbaju market to sensitise traders on the newly-redesigned naira notes, the eNaira app, as well as how they can subscribe to it for their business transactions.

In her remarks, Daphne Madojemu, CBN branch controller in Osun, said currency management had faced several challenges, hence the need for the redesign of the naira notes.

Madojemu explained that the exercise would bring the hoarded currency into the banking system, thereby making monetary policy more effective.

“The currency redesign would assist in the fight against corruption as the exercise would rein in the higher denomination used for corruption, and the movement of such funds from the banking system could be tracked easily,” she added.