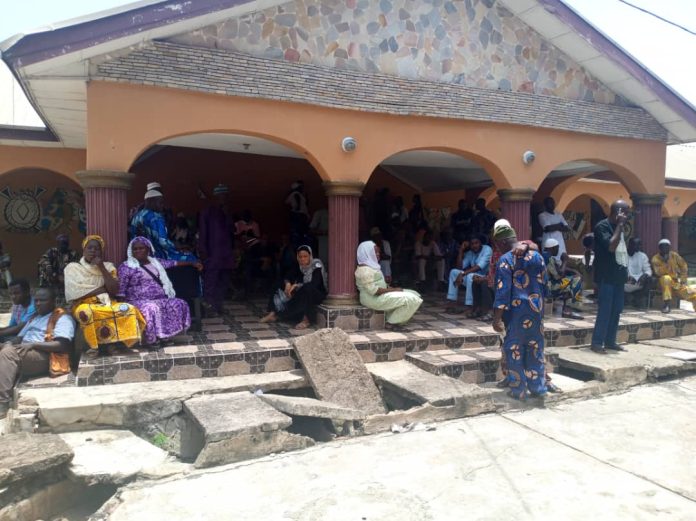 Some residents of Oyo town who thronged the Oyo Palace to mourn the death of the Alaafin of Oyo, Oba Lamidi Adeyemi on Saturday were stung by bees.

This happened around 10 am after Islamic clerics had arrived at the palace in preparation for the burial of Oba Adeyemi, who died on Friday night.

Newsmen observed that to ward off the attacking bees, residents in the open space in the palace who were affected plucked tree branches and leaves to drive the unwanted creatures away.

A policeman was one of the victims and some of the mourners assisted him to drive away the bees and removed some of the insects which got stuck in his uniform.