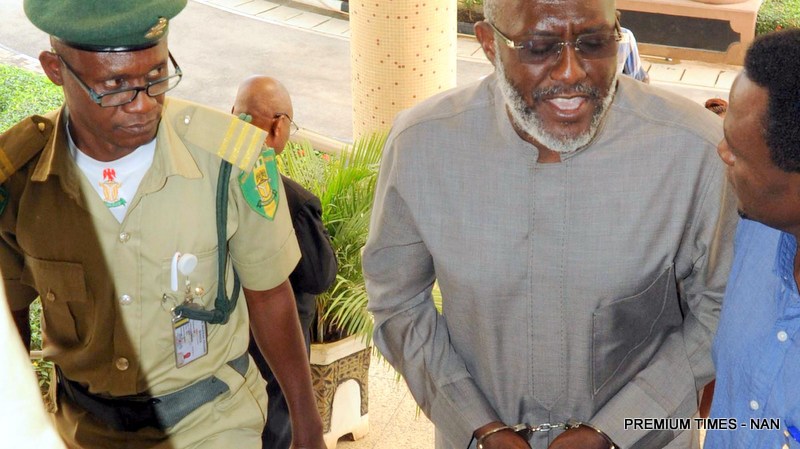 <![CDATA[The Supreme Court on Friday ordered Justice Okon Abang of a Federal High Court in Abuja to continue the hearing on charges of money laundering and fraud instituted by the Economic and Financial Crimes Commission against a former National Publicity Secretary of the Peoples Democratic Parties, Olisah Metuh. A five-man bench of the apex court made the order in a unanimous ruling in which it dismissed Metuh’s application for an order of stay of proceedings of his trial before the Federal High Court. The trial will now continue on June 19, a date fixed by Justice Abang to deliver some interlocutory rulings in the trial. Abang had adjourned until June 19 to await the outcome of the Supreme Court’s ruling delivered on Friday. Metuh’s application which was dismissed by the Supreme Court on Friday was anchored on his pending appeal before the court. The appeal before the apex court is challenging an earlier ruling of the Court of Appeal which affirmed Justice Abang’s decision dismissing Metuh’s no-case submission.<script async src="//pagead2.googlesyndication.com/pagead/js/adsbygoogle.js"> Metuh had through his application for stay of proceedings, urged the Supreme Court to halt his trial before the Federal High Court pending the outcome of his appeal before the apex court on the no-case submission. But the five-man bench of the apex court dismissed the application on Friday. The lead ruling of the apex court dismissing Metuh’s application for a stay of proceedings was prepared by Justice Clara Ogunbiyi. The summary of the ruling was, on Friday, read on behalf of Justice Ogunbiyi by Justice Ejembi Eko, who also agreed with the lead ruling. Punch Newspaper To Receive Free News Updates, Add To Your WhatsApp: 08033857245; For Adverts Enquiries, Call 08083609209, To Publish Your Articles Or News Stories, Email editor@skytrendnews.com. ]]>