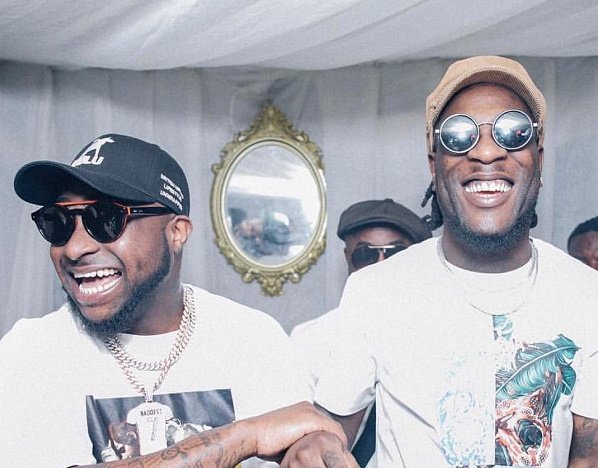 Both singers have long been at odds with each other in a feud Davido opened up about in October 2020.

Davido had stated that it seemed as though there was a plan by Burna Boy and Wizkid to gang up against him.

“I saw a funny picture of Babalawo (spiritualist) with me and Wizkid. Apparently, Burna Boy had commented. ‘Everybody knows you cannot play football but your dad bought the football team’,” he said.

“I’d never mention his name before. Fem wasn’t about Burna Boy. It was about everyone para-ing (vexed) for no reason, even if I mentioned Odogwu. ‘Tell Odogwu we like to party, just call me’. I’m happy you’re up.

“We’re supposed to be running this together. You are angry I posted me and Wizkid, but you are with Wizkid in London every day. If they plan to come together against me, it won’t work. I am not fighting them.

“We’re the biggest in the game. Why are you fighting me? I’ve never said anything bad about you or discredited you. I answer my problems with music. Forget violence, will you shoot me? Tell me the problem, nobody can.

“Nobody will gang up against me such that it would work. It hurts me sometimes. I’ve tried with Burna but how long will I keep doing that? It’s either you don’t like me or… I‘m saying this now.

More than one year later, Burna Boy is now speaking about his “sour” relationship with Davido.

In an Instastory post, he wrote: “FYI, I have no issues with David. We good now.

“David wasn’t tryna 1 on 1 me but we figured it out. 2022, All of us must love ourselves by force. If not, make we just kill yourselves. No middle again. Forward ever backwards never.”