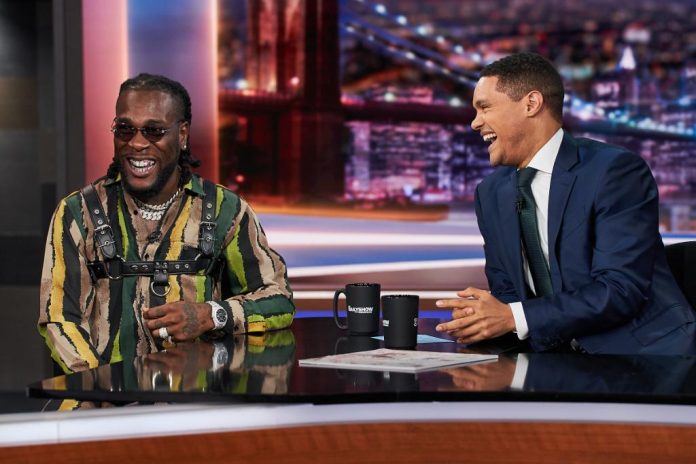 Burna Boy, the Grammy-winning Nigerian singer, says he is not in competition with any artist in the music industry.

The 30-year-old hitmaker spoke on the rivalry in the music industry when he featured on ‘The Zane Lowe Show,’ which aired on Apple Music 1.

Burna Boy also likened himself to a gorilla who would not hesitate to “crush” anyone who wants to get into a rivalry with him.

“There’s no competition in music because if there was, then there wouldn’t be competition for me, because it’s not how I see it,” he said.

Burna Boy also disclosed that it’s always a thing of joy to him whenever he sees fans gyrate to his songs.

“I see it, and sometimes it brings tears to my eyes. I definitely see it. When I don’t see it, I feel it. You understand? It’s something that is my biggest excitement in the whole thing. That’s really what excites me the most about this whole journey,” he said.

“There’s been too many, man. I don’t know where to start. All the shows, all the festivals, all the awards.

“I don’t know. I don’t know which one of them feels best. Hopefully, it keeps getting better. This year I kind of made up for a lot of things I couldn’t do last year. I’m thankful for that.”