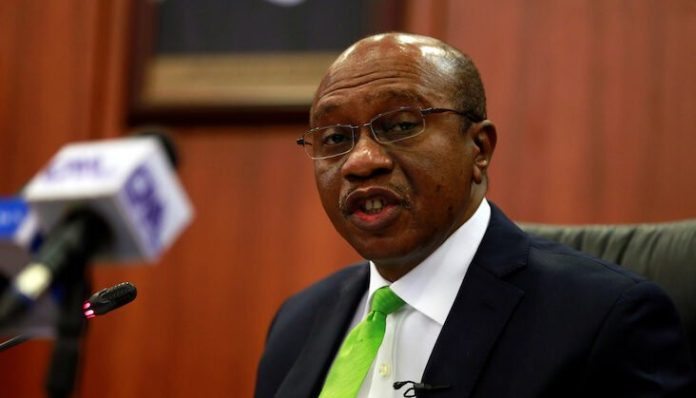 The governor of the Central Bank of Nigeria (CBN), Godwin Emefiele has said, the apex bank disbursed N221.19 billion between May and June this year under its several intervention programmes aimed at stimulating growth in the Nigerian economy.

Emefiele made this known at the end of the Monetary Policy Committee (MPC) meeting which was held in Lagos. He noted that the MPC had during the two day meeting reviewed the performance of the bank’s intervention programmes targeted at stimulating productivity in agriculture, manufacturing/industries, energy/infrastructure, healthcare, exports and micro, small & medium enterprises (MSMEs).

According to him, between May and June 2022, under the Anchor Borrowers’ Programme (ABP), the CBN had released the sum of N3.62 billion, as disbursements to 12 projects for the cultivation of rice, wheat, and maize, bringing the cumulative disbursement under the Programme to N1.01 trillion, to over 4.21 million smallholder farmers cultivating 21 commodities across the country.

CBN also disbursed N3.72 billion to finance three large-scale agricultural projects under the Commercial Agriculture Credit Scheme (CACS). These disbursements brought the cumulative disbursements under this Scheme to N744.32 billion for 678 projects in agro-production and agro-processing.

As part of its effort to support the manufacturing sector, he said, CBN disbursed the sum of N113.08 billion to 19 new projects under the Real Sector Facility.

The funds, according to him, were utilised for both greenfield and brownfield projects under the COVID-19 Intervention for the Manufacturing Sector (CIMS) and the Real Sector Support Facility from Differentiated Cash Reserve Requirement (RSSF-DCRR).

To him, “cumulative disbursements under the Real Sector Facility currently stands at N2.183 trillion for the financing of 414 real sector projects across the country. Furthermore, under the 100 for 100 Policy on Production and Productivity, the bank has released N9.98 billion for five projects, bringing the cumulative disbursements under the intervention to N68.13 billion for 48 projects, comprising 26 in manufacturing, 17 in agriculture, three in healthcare and two in the services sector.

“In the healthcare sector, the bank disbursed N4.44 billion to three healthcare projects under the Healthcare Sector Intervention Facility (HSIF), bringing the cumulative disbursements to N133.42 billion for 129 projects, comprising 76 hospitals, 32 pharmaceuticals and 21 other healthcare services.”

Also, as part of efforts to improve electricity supply in order to lower the overall cost of production in the real sector, CBN intervened in the power sector to facilitate the deployment of enabling infrastructure. Thus, the sum of N2.53 billion was disbursed to Distribution Companies (DisCos) for their Operational Expenditure (OpEx) and Capital Expenditure (CapEx), under the Nigeria Electricity Market Stabilization Facility – Phase 2 (NEMSF-2).

Cumulative disbursement under the NEMSF-2 currently stands at N254.46 billion. Under the National Mass Metering Programme (NMMP), the Bank disbursed N47.82 billion for the procurement and installation of 865,956 meters across the country.