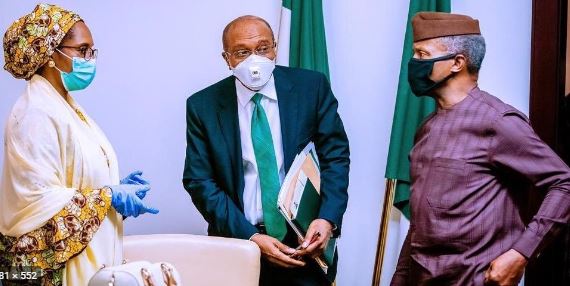 The Federal Government borrowed N1.46tn from the Central Bank of Nigeria through Ways and Means Advances in August 2022.

According to data from the CBN, the Federal Government borrowed a total N4.61tn from the apex bank between January and August.

The N22.07tn owed the apex bank by the Federal Government is not part of the country’s total public debt stock, which stood at N42.84tn as of June 2022, according to the Debt Management Office.

The public debt stock only includes the debts of the Federal Government of Nigeria, the 36 state governments, and the Federal Capital Territory.

Ways and Means Advances is a loan facility through which the CBN finances the shortfalls in the government’s budget.

According to Section 38 of the CBN Act, 2007, the apex bank may grant temporary advances to the Federal Government with regard to temporary deficiency of budget revenue at such rate of interest as the bank may determine.

The Act read in part, “The total amount of such advances outstanding shall not at any time exceed five per cent of the previous year’s actual revenue of the Federal Government.

“All advances shall be repaid as soon as possible and shall, in any event, be repayable by the end of the Federal Government financial year in which they are granted and if such advances remain unpaid at the end of the year, the power of the bank to grant such further advances in any subsequent year shall not be exercisable, unless the outstanding advances have been repaid.”

However, the CBN has said on its website that the Federal Government’s borrowing from it through the Ways and Means Advances could have adverse effects on the bank’s monetary policy to the detriment of domestic prices and exchange rates.

“The direct consequence of central banks’ financing of deficits are distortions or surges in monetary base leading to adverse effect on domestic prices and exchange rates i.e macroeconomic instability because of excess liquidity that has been injected into the economy,” it said.

The World Bank had, in November last year, warned the Nigerian government against financing deficits by borrowing from the CBN through the Ways and Means Advances, saying this put fiscal pressures on the country’s expenditures.