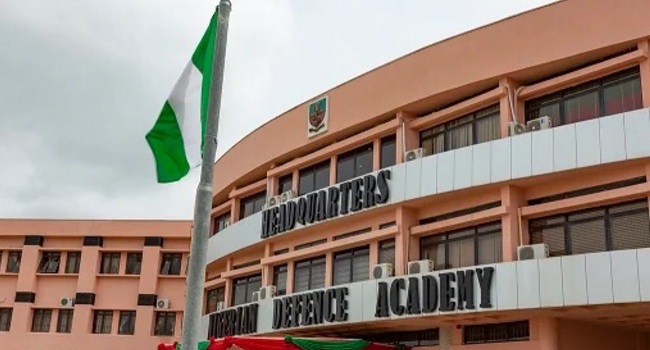 The Defence Headquarters (DHQ) says its personnel in charge of the closed circuit television (CCTV) monitoring room were awake when gunmen invaded the Nigerian Defence Academy (NDA) in Kaduna.

Two officers were killed, while another officer was abducted after gunmen attacked the NDA in the early hours of yesterday.

SKYTREND NEWS had exclusively reported that sources said the CCTV monitoring personnel on duty were asleep when the attack occurred.

Sources also said the officers have been arrested and are going to face disciplinary action.

However, in its statement of denial today, the defence HQ said “the allegation is untrue”.

“It is perhaps important to mention that the AFN as a professional force consist of highly trained personnel who are dedicated to their duties of protecting lives and property of all Nigerians,” the statement issued by Benjamin Sawyerr, DHQ spokesman, reads.

“Let me use this opportunity, to reiterate that the NDA authorities, acting on the directive of the Chief of Defence Staff has constituted a board of enquiry to ascertain the remote and immediate cause(s) of the breach of security with a view to sanction any personnel found culpable and also prevent future occurrence. 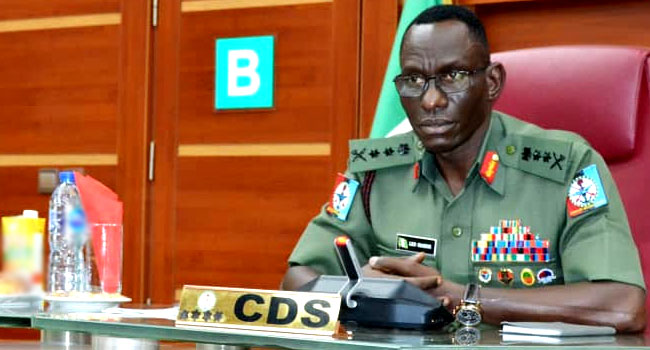 “Let me also assure that we shall continue to update the general public as events unfold as we are all aware the search and rescue of the abducted officer is still on.

“Troops of the Armed Forces of Nigeria will continue with its operations to ensure all those involved in the dastardly act are brought to justice.”