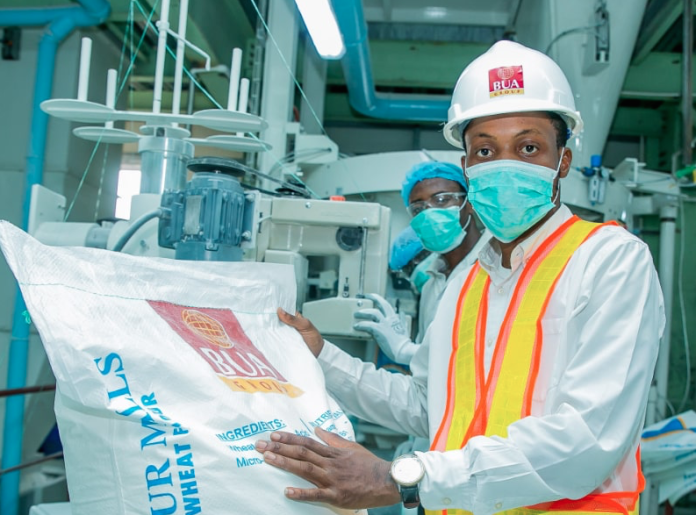 Slowing sales put margins under squeeze for BUA Foods Plc in the first half and management applied cost pruning saw to keep profit from dropping. Cost saving success enabled the food manufacturing company to raise net profit slightly ahead of turnover at 13.7 percent to N39 billion at half year.

The company, which is organised into five large divisions, is not seeing this year so far the outstanding growth of roughly 73 percent in sales revenue that happened in 2021. This appears to warrant a compensatory move on the side of cost saving.

The second quarter saw a worse performance in sales than in the first with turnover declining by 2.5 percent quarter-on-quarter to less than N79 billion. The strength to hold up sales at half year came from 27 percent growth in the first quarter.

The company’s half year earnings report shows that sales revenue was only 11 percent up year-on-year at N168.8 billion at the end of June 2022. And the cost of sales grew much faster at 16 percent to N116.8 billion to claim most of the revenue gain.

Cost of sales claimed 69 percent of sales, an increase from 66 percent in the same period last year. That permitted only a marginal increase of less than 2 percent in gross profit to N52 billion at the end of half year trading.

This detracts from a 62 percent rise in gross profit to N103 billion at the end of last year. The pressure mounted in the second quarter when a drop of 6 percent in gross profit quarter-on-quarter was recorded.

Three major cost cutting areas saved revenue for the company, which enabled it to head off profit drop over the period. Administrative expenses received the biggest slash of 55 percent year-on-year to N1.9 billion at half year. The company ended last year’s operations with administrative expenses of N14 billion.

Tax expenses dropped by almost 15 percent to N3.4 billion over the period and selling and distribution cost also went down by 5.6 percent to N4.3 billion.

Further favourable developments came from a robust growth in other income from only N14 million to N895 million over the review period. Also, finance expenses grew moderately at 4.5 percent to N4 billion at half year. The company carries balance sheet debts in the region of N250 billion.

The cost reductions and the gain in income enabled the company to improve operating profit by 8 percent to a little below N46 billion and pre-tax profit by 10.8 percent to N42.7 billion.

The ability to maintain the cost savings to full year is uncertain, as the second half accounted for a greater part of the company’s key costs last year.