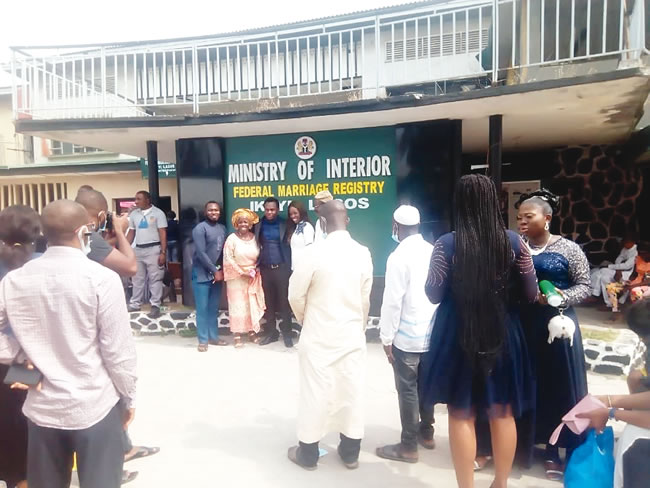 The ministry of interior says the reports that a federal high court sitting in Lagos has nullified all weddings conducted by the Ikoyi marriage registry are “false and misleading”.

The Eti Osa LGA of Lagos state had in a suit marked FHC/ LS/CS/816/18 taken the ministry of interior to court challenging its power to operate marriage registries, conduct weddings and issue marriage certificates.

Giving judgment, a federal high court in Lagos had ruled that the LG councils are statutorily responsible for issuing marriage certificates in Nigeria.

The development had sparked reactions, with several media reports claiming that the court nullified all weddings conducted by the Ikoyi marriage registry.

However, in a statement issued yesterday, the ministry of interior said the reported annulment of weddings conducted by the registry is a “deliberate distortion” of the court’s decision.

“The attention of the Ministry of Interior has been drawn to news making the rounds on social media claiming that the Federal High Court sitting in Lagos has declared all Marriages conducted by Ikoyi marriage registry to be illegal and invalid,” the statement reads.

“We would like to state that this statement is false, misleading and a deliberate distortion of the decision of the Court in Suit No:FHC/L/CS/816/18 between Eti-Osa Local Government Council & 3 others v. Honourable Minister of Interior and 2 others, where the Honourable Court held that only the Local Government councils can conduct valid marriages in Nigeria.”