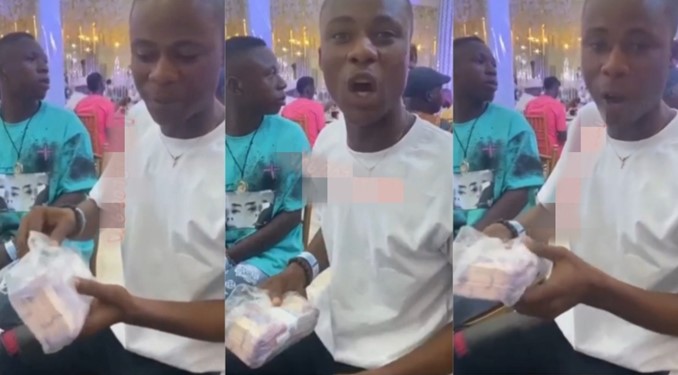 A guest who felt displeased with the service at a Nigerian wedding, has been captured on tape putting his bundle of cash back in his bag as he refused to spray his money on the bride and groom.

He claimed that he wasn’t served food at their wedding after sitting for hours.

In a video which has gone viral, the young man could also be seen collecting some of the spoons and ceramic plate.

The wedding reportedly took place on Saturday in Ughelli, Delta state. The bundles of naira notes he initially wanted to spray on the newly-wedded couple was in N100 denomination.