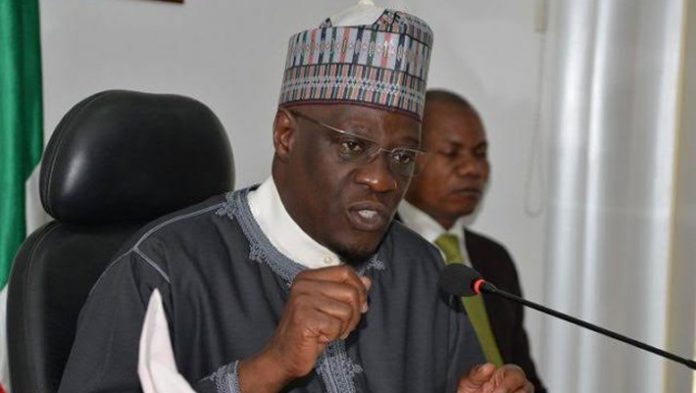 The Economic and Financial Crimes Commission (EFCC) has grilled Abdulfatah Ahmed, former governor of Kwara state, over allegations of fraud.

Newsmen understand Ahmed has been at the EFCC headquarters in Abuja since yesterday morning.

He was said to have arrived at the office at about 10 am to honour an invitation.

Wilson Uwujaren, the EFCC spokesman, confirmed that he was in their custody, but did not give further information on the development.

Before then, he served as commissioner for finance in the administration of Bukola Saraki, his predecessor.

Details of the allegations of fraud against him are still sketchy but SKYTREND NEWS understands the funds involved run into billions of naira.