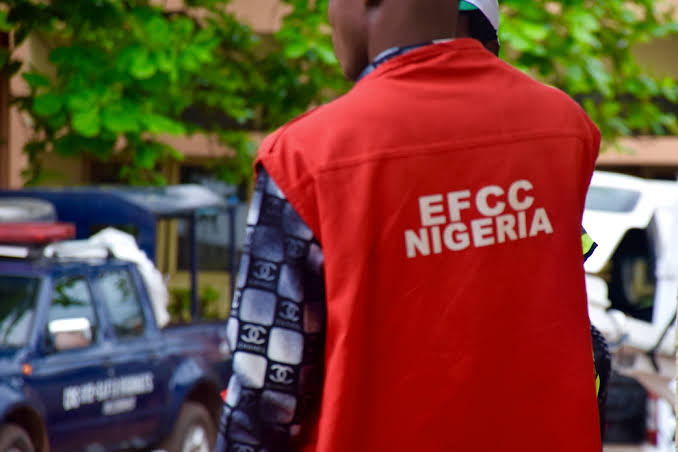 The Economic and Financial Crime Commission (EFCC) has summoned three senior officials of the Peoples Democratic Party (PDP) over a case of alleged fraud.

In a letter addressed to Uche Secondus, PDP national chairman, the officials were asked to be at the EFCC headquarters with some documents over an alleged case of criminal conspiracy, abuse of office, diversion of funds and fraud.

Amond those summoned, according to a copy of the May 17, 2021 letter obtained by TheCable, include Adamu Mustapha, national auditor; and Austin Akobundu, national organizing secretary.

Michael Welkas, head of operations at EFCC headquarters who signed the letter, said the officials are being summoned as it has “become imperative to obtain certain clarification from your party”.

It was not immediately clear if the case being investigated is related to the activities of the PDP or its members, but the party has been in the limelight over allegations of financial mismanagement recently raised by one of its leaders.

The EFCC letter read: “The Commission is investigating an alleged case of Criminal Conspiracy, Abuse of Office, Diversion of Funds and Fraud in which the need to obtain certain clarification from your party has become imperative.

“In view of the above, you are requested to kindly release the under-listed officers of your party to attend an interview with the undersigned on the below-scheduled dates at the Economic Governance Section 2, EFCC Headquarters, 2nd Flood, Plot 301 & 302 Institution and Research District, Jabi, Abuja by 1000 hours.”

The officials were asked to appear on different dates, from May 19 to 21.

“The officers should come along with relevant documents relating to the sale of forms into the Party’s elective position from January 2017 to date.” the EFCC added.

WHAT COULD HAVE GONE WRONG?

TheCable contacted Secondus and Kola Ologbondiyan, the party’s spokesman, for comments but has not yet had any response.

But the PDP chairman has been under scrutiny after the party’s audit department accused his leadership of blocking it from scrutinising their financial transactions.

In an internal memo that was recently reported in the media, Mustapha was quoted to have said that despite being the national auditor, he has been denied access to the party’s financial records since 2017.

He had said: “The purpose of this alarm is to bring to the notice of this NWC the inability of the Audit Department to perform its functions as enshrined by the constitution and the extant laws, to illustrate as example, the Audit Department was incapacitated by lack of access to the necessary inputs that will enable it to discharge its duties.

“For whatever reasons, there is no access to all financial transactions (cash inflows and outflows) documents of the party like cashbooks, receipts. vouchers, registers cheques and bank statements etc, all of which are necessary input or pre-audit, due process, internal control, reconciliation as well as to draw up our Final Accounts, and all these necessary inputs are not available to the Audit Department.

“In order for the Audit to function there should be constant interaction and information flow between the Audit Department and all the arms of the party, unfortunately, this has not been the practice.”

The national auditor later told journalists after the development was reported that the issues raised in the memo have been addressed.