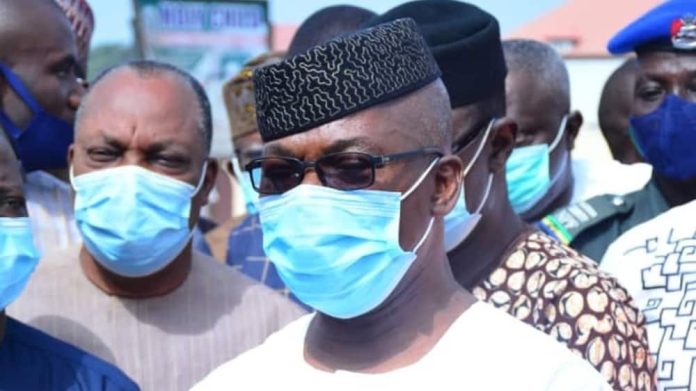 A former governor of Ekiti State, Chief Segun Oni has announced his defection to the Social Democratic Party ( SDP) to contest the June 18 governorship election in the state.

Oni who was governor between 2007 and 2010 in the state lost the January 26 People’s Democratic Party (PDP) governorship primary to a former chairman of the party, Bisi Kolawole but alleged irregularities that made him dump the party three weeks ago.

Speaking on a private radio station, Voice 89.9FM in Ado-Ekiti, the state capital today and monitored by Tribune Online, the former governor revealed that the necessary paperwork by the national leadership of the SDP for him to be the party’s candidate and his running mate would soon be concluded with the Independent National Electoral Commission (INEC).

He noted that his decision to move to the SDP was a result of the continued call by the people for him to contest the June 18 poll as a third force, saying that aggrieved politicians in the two dominant political parties are supporting him in the new political party.

The Ifaki-born politician disclosed that no fewer than four aggrieved governorship aspirants in the All Progressives Congress (APC), members of a factional group in Ekiti APC, the South West Agenda for Asiwaju 2023 (SWAGA); members of the repositioning group in the PDP and others are forming what he described as a grand collation to win the election.

According to him, “I want to say without any forms of contradictions, that we politicians are coming together for this project coupled with the opinions of people in the streets. We are looking at a familiar terrain and a party with potential and also we are getting support from people that are well known in Ekiti’s political terrain.

“It is going to be a grand collation that will definitely benefit the people of Ekiti. I believe the goodwill of repositioning group, SWAGA and Segun Oni is almost enough to win the election in Ekiti.