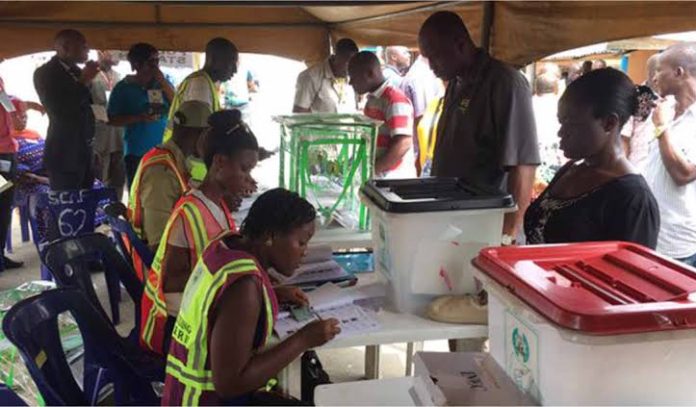 A non partisan cross-generational organisation, Ekiti Future Agenda (EFA) has declared that vote buying and selling is evil as well as a crime against humanity, which must be resoundingly discouraged in the forthcoming June 18th Ekiti State gubernatorial election by anyone with the genuine interest in the progress and development of the state.

In a press statement, by the Convener of the organization, Adesina Adetola, he said that “electioneering forms the foundation of any democracy, and when the process is jeopardised, there is no way a genuine progress and development can take place in the society.”

“We need to re-orientate our people. It is a fact that the main thing we are lacking in our electoral process is the lack of right political education.

It doesn’t matter about academic qualifications and the level of education degree earned, but how informed are we in knowing that, some basic things needed to be put into consideration before thinking about development and growth. ”

“Our people want a developed society, but they can’t pay the price. They want a government that will build roads, provide quality healthcare, affordable housing, free education and the rest, but at the same time, they want to collect the money meant for these purposes from the politicians before and during the election.
You can never eat your cake and still have it.”

“Vote buying and selling must be condemned and discouraged by anyone that has the genuine interest in development our state. It must be discouraged in all its appearance.

We don’t need to pretend about it. Our people, as educated people they claimed they are, should be able to know the difference between rights and wrongs.

They shouldn’t been preaching politics of “where belle face”.

“We have dwelled for so long in political absurdity and nativity, this is the right time to get it right.

Ekiti Future Agenda ia saying it unequivocally that vote buying is deadly, evil and a serious crime against humanity.

It obstructs and manipulates democratic process and perpetuates corruption throughout the entire political system.”

“We should resoundingly tell our people that only unpopular and mischievous politicians buy votes.

If he or she is sincere, he or she won’t buy vote. And as a vote if you are genuinely promoting the interest of the state and concern about your future and the future of your children, you won’t sell your vote.”

Over the years, Ekiti Future Agenda has initiated and executed a good number of activities to redirect the state and its people towards greatness.

The most recent ones in this regard was the Ekiti Town Hall Meeting held in December last year titled “Ekiti State @25:
Rekindling & Reinforcing The Vision Of The Founding Fathers.

This was principally to reinforce the vision of the founding fathers of the state while rekindling the hope of this generation for the overall socioeconomic development of the state.