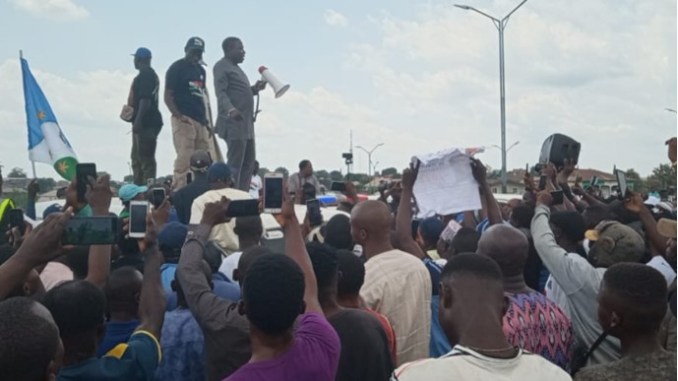 Sunday Igboho, a self-acclaimed Yoruba activist with the real name Sunday Adeyemo, has vowed that there will be no election in Yoruba land in 2023.

Igboho stated this while speaking with other agitators at a rally held at the Nelson Mandela Freedom Park, Osogbo, the Osun State capital, to demand the Yoruba Nation.

Igboho said that the Yoruba nation must leave now as it is no more a slave to the northerners.

He sought unity among Yorubas and asked all that are aggrieved to come together.

Igboho also demanded the release of operatives of the Oodua Peoples Congress who were detained for arresting notorious Fulani herder, Iskilu Wakili, in the Ibarapa area of Oyo State.

The venue of the rally was heavy with the presence of operatives of the Nigeria Police Force as well as men of Nigeria Security and Civil Defence Corps.

However, Igboho assured the agitators that Gov. Gboyega Oyetola allowed the rally in Osun and provided them with security.