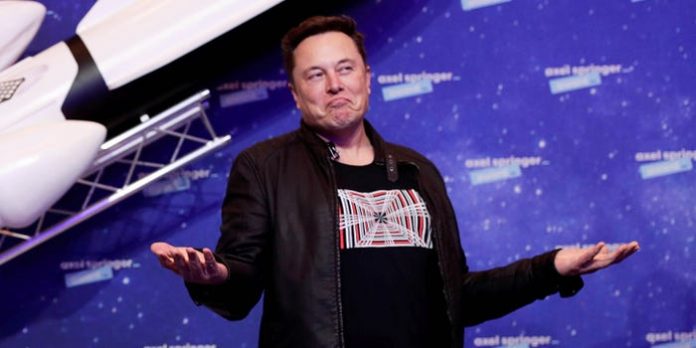 Elon Musk, the billionaire founder of Tesla Inc., says he will only go on to create his own cryptocurrency if dogecoin, the cryptocurrency which started out as a joke, cannot do what he wants.

Musk has been blamed for multiple movements in the crypto market, following his company’s decision to buy $1.5 billion worth of bitcoin earlier in 2021.

The billionaire, who calls himself the “dogefather” for supporting dogecoin, has called out bitcoin for contributing to the increasing use of fossil fuel and the consequences for the environment.

MUSK WILL CREATE HIS OWN CRYPTO?

Immediately after Tesla’s announcement, Musk came under fire for his position on cryptocurrency. In his response, the former “co-founder” of the global payment platform Paypal said he knows more about money than experts think.

In 1999, Musk founded an online bank, which merged with another company to become Paypal. He sold Paypal to eBay for $1.5 billion in 2002.

Musk was asked if he would start his own crypto to do all he wants, but he responded in favour of dogecoin. 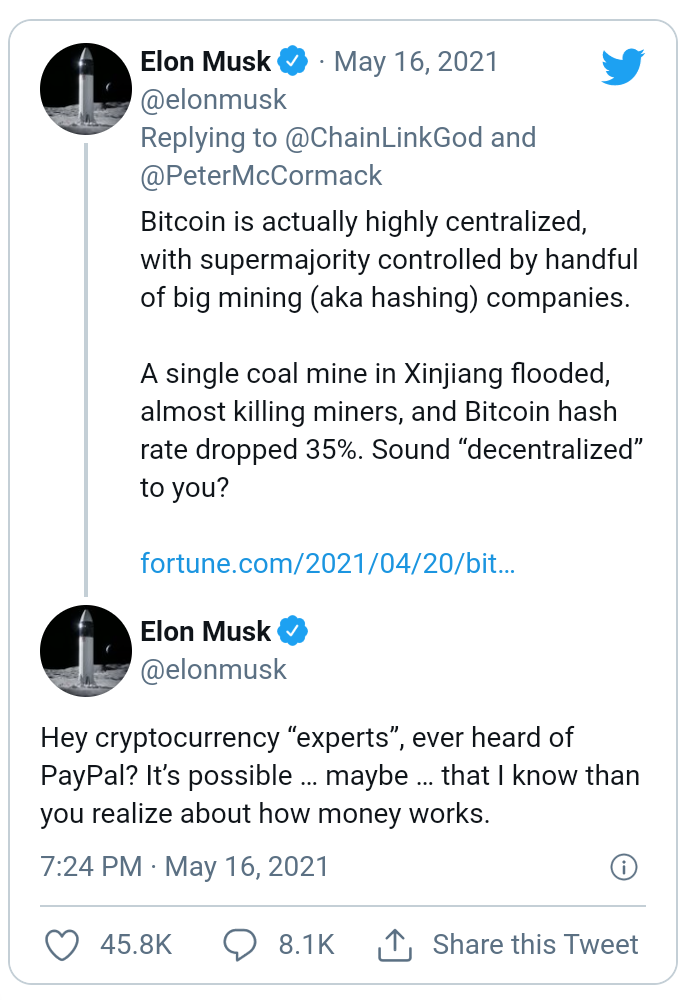 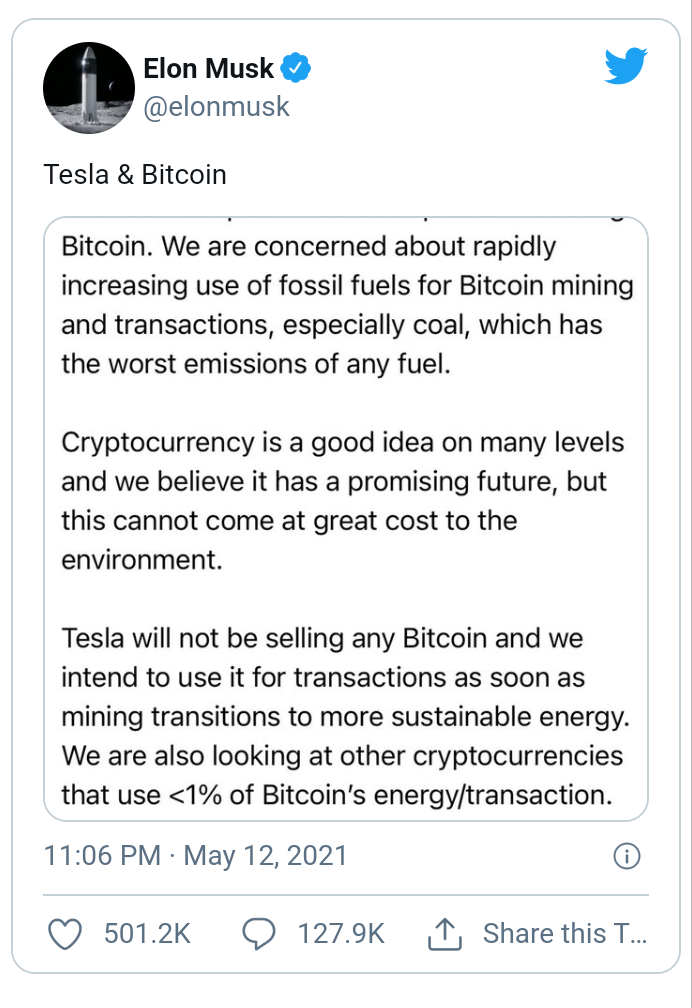 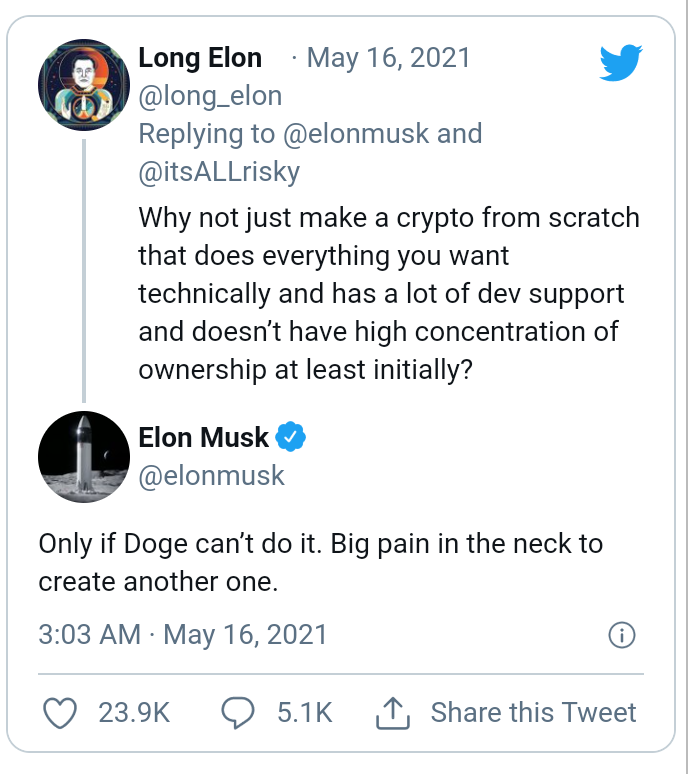