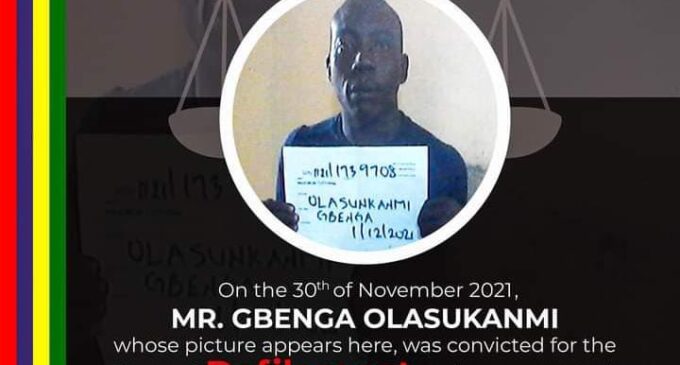 The Lagos government has commenced the publication of the details of sex offenders in the state.

In a statement yesterday, Titilola Vivour-Adeniyi, executive secretary of the Lagos State Domestic and Sexual Violence Agency (DSVA), said details that would be published for each person are the name, picture, type of offence, and the court verdict on the charges against the offender.

She said the measure is in agreement with section 42 of the Domestic and Sexual Violence Agency Law (DSVA) which permits the publication of names of sex offenders in the state.

She said the agency has issued letters of advisory to LGAs and traditional rulers of communities where the offenders used to live.

“This measure is one amongst many deployed by the state government to end the culture of impunity and also serve as a deterrence to other sex offenders,” she said.

“As further provided in the law, the details of sex convicts are to be published periodically on the State Government’s website, (www.lagosstate.gov.ng), the website of the Ministry of Justice (https://lagosstatemoj.org) and the Agency’s website; (www.dsvrtlagos.org).”

She added that the government is firm in its decision to eradicate all forms of sexual and domestic assault and ensure justice for victims.

The DSVA executive secretary also urged citizens of the state to report cases of domestic and sexual abuse via the toll-free number — 08000333333.