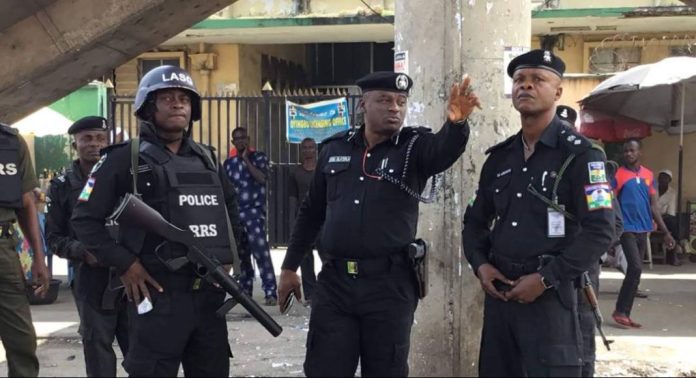 The Senate has called for holistic reforms in the Nigeria Police Force, urging the Federal Government to employ more able-bodied personnel and inject more financial resources to procure arms, ammunition and other gadgets, as well undertake regular training.

These, the Senate noted, would ensure efficient policing in the country.

At the plenary yesterday, the Senate considered and adopted the 69-page report of its Joint Committee on National Security and Intelligence; Defence; Police Affairs; Judiciary, Human Rights and Legal Matters on the mayhem that occurred in Calabar, the Cross River state capital, on October 23 and 24, 2020, during the #EndSARS protests.

Chairman of the joint committee, Senator Ibrahim Gobir, in his presentation, said the panel discovered during its investigative hearings that the violence in the Calabar metropolis during the protest which led to the looting and destruction of private and government-owned properties was “largely spontaneous with no identified goals, leaders, sponsors or financiers.”

“It was a free reign for amorphous groups, gangs and criminals”, he said.

Gobir disclosed that one of the victims of the protest and a former member of the National Assembly, Senator Bassey Ewa Henshaw, who appeared before the committee, narrated his ordeal and he, his wife and daughter escaped from a mob that vandalised its way right into his bedroom.

Gobir quoted Henshaw to have told the committee that the attacks were deliberately orchestrated by some politicians who perceived them as political enemies.

According to the panel, the Nigeria Police, Department of State Services and the Nigerian Security and Civil Defence Corps were “overwhelmed by the sheer number of the protesters who unleashed mayhem on the city of Calabar.”

The committee also said the Police claimed that 106 suspects were arrested, 90 per cent of whom were indigenes of Akwa Ibom extraction, including two females.

According to the panel in the report, notable leaders whose property and businesses were attacked were former Governors of Cross River, Senator Liyel Imoke and Donald Duke; serving and former Senators from the state, Senator Gershom Bassey, Senator Victor Ndoma-Egba, Senator Bassey Ewa Henshaw; and a member of the House of Representatives, Etta Mbora.

The committee said the financial value of the vandalised property/items were also submitted by the affected persons, which were verified by the panel set up by Governor Ben Ayade, to the tune of N73,069,634,615.70.

According to the committee, a letter was written to President Muhammadu Buhari, by Ayade requesting for support/funds in the sum of N73,069,634,61 5.70 only, to enable the state rebuild, reconstruct and compensate individuals and groups who had lost property.