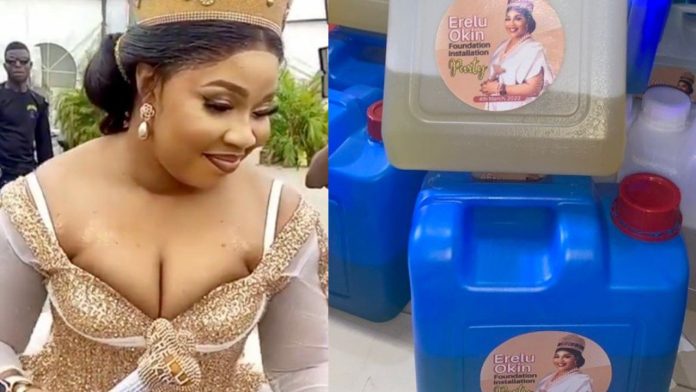 On March 4, Pearl distributed petrol as souvenir to guests at an event organised to celebrate her chieftaincy title.

Videos of the distribution of petrol-filled jerrycans at the event had elicited reactions on social media.

The Lagos state government had, thereafter, sealed off Havilah Event Centre, where the party was held, for contravening public safety rules.

Subsequently, the party host apologised for sharing petrol souvenirs, adding that her intent was “just to show appreciation” to guests.

Although she pleaded not guilty upon arraignment, she later entered a guilty plea before the court.

On count one, he sentenced Pearl to three months imprisonment with an option of N15,000 fine.

On counts two and three, she bagged 12-month imprisonment on each count.