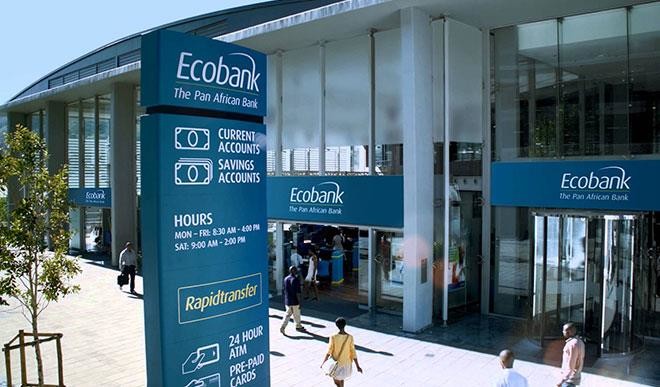 Ecobank Transnational Inc. overcame the challenge of the rising cost of funds in the second quarter but increasing credit losses claimed a good part of the cost saving achieved.

The bank’s unaudited financial report for the half year ended June 2022 shows a counter-movement in loan losses changing course from 8 percent decline in the first quarter to a 30 percent growth quarter-on-quarter to N27 billion in the second quarter.

That plus the N21 billion loan impairment charges in the first quarter adds up to N48 billion at half year.

While commenting on the half year operating results, he assures however that the bank has proactively built a central loan impairment reserve of $206 million meant for deployment in a stressed credit environment.

Interest expenses claimed a reduced share of interest earnings in the second quarter at 34 percent compared to 37.7 percent in the same quarter last year. This is also a slowdown from 36.4 percent in the first quarter.

The effects of cost increase and revenue slowdown in the quarter were tempered largely by a sustained moderation in operating expenses. Operating cost keeps slowing down for the second year at an increase of 8 percent quarter-on-quarter in the second quarter to N107 billion compared to the 12.6 percent increase in revenue to N252.6 billion for the quarter.

The operating cost margin declined from 44.1 percent to 42.3 percent quarter-on-quarter over the review period. This improved the profit margin in the quarter to 15.4 percent from 14.3 percent in the same quarter last year.

The bank earned an after-tax profit of N39 billion for the second quarter, which is an increase of less than 22 percent quarter-on-quarter.

This is a slowdown from the growth of 26 percent in after-tax profit in the first quarter to N38 billion.

The bank’s year-on-year position, therefore, shows after-tax profit adding up to a little over N77 billion. This represents an increase of 23.5 percent from the corresponding figure of N62.5 billion in 2021, slowing down from the first quarter growth rate.

It is nevertheless adequate returns to shareholders in a challenging environment, according to Adeyemi. “We delivered a return on tangible equity of 19.5 percent, a record, and increased earnings per share for shareholders by 24 percent year-on-year”, he said.

Overall, the bank maintained its low cost and margin improvement approach that permits growing profit well ahead of revenue. At N491 billion at half year, revenue grew by 13.4 percent year-on-year, which consists of interest earnings of N317 billion and net non-interest income of N174 billion.

Cost savings were retained in loan impairment and operating expenses, which grew below revenue by 10 percent to N48 billion and 8 percent to N212 billion respectively.

The decline in net loan impairment charge in the first quarter diluted the strong growth in the second and operating cost margin went down from 45.4 percent to 43 percent over the review period.

At N111.7 billion at the end of half year, interest expenses grew by 14 percent year-on-year, slightly ahead of the 13.5 percent growth in revenue. It is nevertheless a significant slowdown from a 30 percent increase in the first quarter.