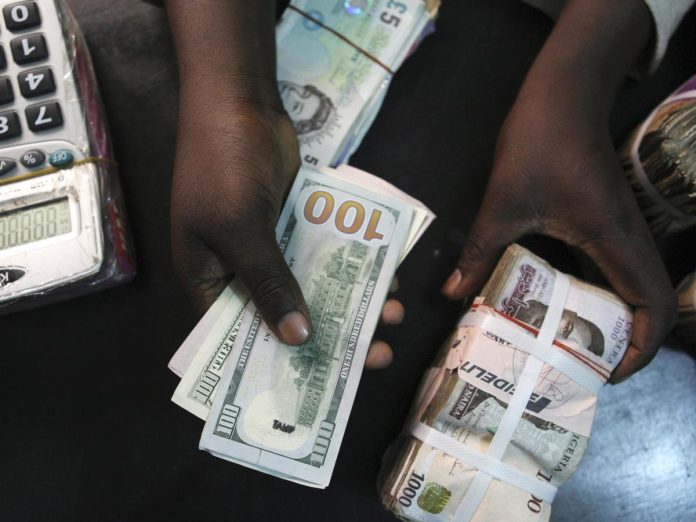 The exchange rate between the naira and the US dollar at the parallel market traded at N713/$1 on Monday morning, 26th September 2022, a 0.14% depreciation from N712/$1 recorded on Friday, last week. This is according to information obtained from black market traders.

Meanwhile, the exchange rate at the official Investors and Exporters window appreciated slightly by 0.04% to close at N436.33/$1 on Friday, 23rd September 2022, as against N436.5/$1 recorded in the previous session.

A total of $106.11 million was traded at the window on Friday, representing a 4.3% marginal increase when compared to $101.74 million that exchanged hands in the previous session.

On the other hand, the local currency depreciated further to a new record high at the cryptocurrency peer-to-peer FX market, to trade at a minimum of N729.1/$1 on Monday morning, a downturn of 1.14% from N720.9/$1 that it traded at the same time on Friday, last week.

The nation’s foreign reserve has been on a downward trend due to the continuous intervention by the CBN in the official market to maintain the stability of the local currency.