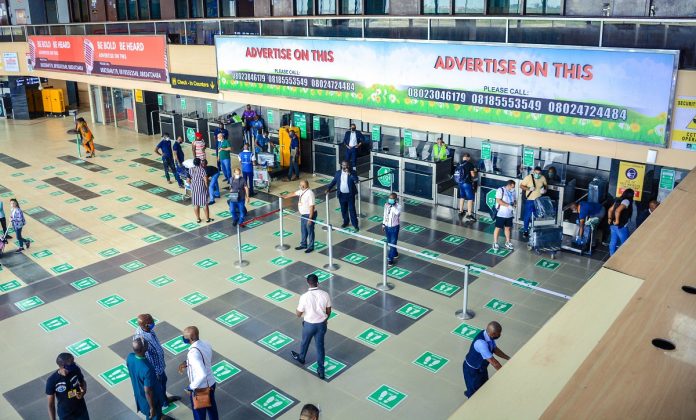 The Federal Airports Authority of Nigeria (FAAN) has asked travellers who are scheduled to board flights at Murtala Muhammed International Airport (MMIA), Lagos, tomorrow, to arrive at the airport earlier than usual.

In a travel advisory, FAAN, today, said the newly-built international terminal at the Lagos airport will be inaugurated tomorrow.

The agency said there will be “heightened” security and logistics arrangement at the airport during the inauguration of the airport.

“The Federal Airports Authority of Nigeria (FAAN) wishes to notify passengers and the general public that the Newly built international terminal at the Murtala Muhammed Airport would be commissioned on: Tuesday, March 22, 2022,” the travel advisory reads.

“Consequently, all travellers and Airport users are advised to get to the airport earlier than usual, due to heightened security and logistics arrangements on ground. The authority apologises for any inconvenience this might cause.”

Tomorrow, President Muhammadu Buhari is expected to inaugurate the new terminal at the Lagos airport.

The new terminal was built by the Chinese Engineering Civil Construction Company (CECCC).