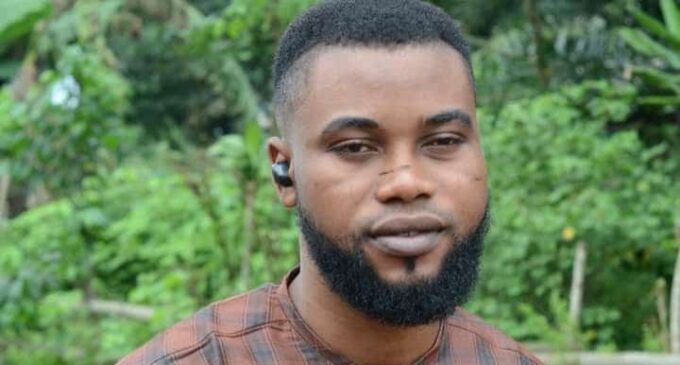 The family of Suleiman Aremu, identified as a photographer, has petitioned the police over his “sudden disappearance”.

According to a petition dated March 14 and signed by Festus Ogun, the family’s lawyer, Aremu boarded a bus at the Alaba Rago motor park in Lagos on March 2, to attend a friend’s wedding ceremony in Kano.

The family said the photographer did not arrive at his destination in Kano and he has been unreachable.

The family said when they visited the motor park, they were informed by one “Alhaji Awalu”, who identified himself as chairman of the park, that the bus Aremu boarded had a fatal accident in Kogi state.

“A few days after embarking on the journey to Kano, he became completely unreachable and incommunicado as he never arrived at his destination and his whereabouts became unknown,” the petition reads.

“Worried about this development, our clients reported to police authorities and went to Alaba Rago motor park, where he was last seen, to make enquiries about his itinerary and suspicious disappearance.

“Shockingly, the chairman of the Alaba Rago motor park simply identified as Alhaji Awalu informed our clients that the bus boarded by Mr Suleiman Aremu Balogun was involved in a fatal auto-crash around Koton Karfe area of Kogi State.

“Upon further enquiry by our clients about the remains of Mr Suleiman Aremu Balogun, Alhaji Awalu declared that he was buried alongside others in what he described as a “mass burial”.

“It becomes deeply shocking why the deceased will be buried in such a shoddy, uncharitable and unbefitting manner without notifying or seeking the consent of his family.

“Our clients are deeply concerned why the family of the deceased was not contacted before his alleged burial, even when information about passengers and their next-of-kins were retrieved and retained at the said motor park before leaving for Kano.

“Moreso, our clients have reasons to believe that the circumstances that led to his alleged death and subsequent shoddy burial were not accidental and that there was foul play.

“The details in respect of the said accident, the number of the deaths and survivors, those who rescued them and those that unilaterally carried out the burial without lawful authorisation remain hidden and unclear which should be revealed upon proper investigation.

“In the light of the foregoing, we humbly implore you, sir, to make use of your good office to investigate this matter to a logical conclusion in the interest of the justice and the sanity of our society.”