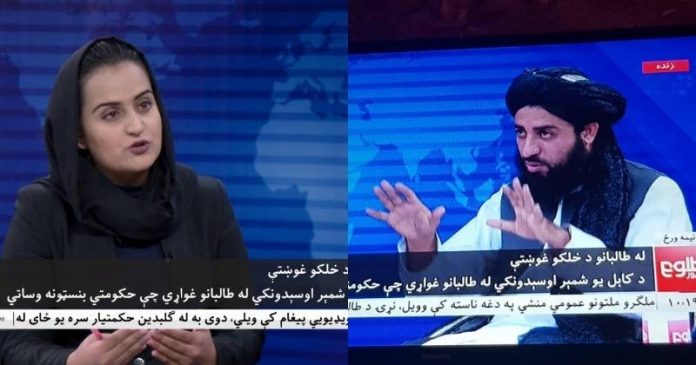 Arghand, a female anchor at TOLO, an Afghan news network, interviewed a senior Taliban representative on the air. The interview garnered headlines around the world.

Two days later, Arghand did it again, interviewing Malala Yousafzai, the activist who survived a Taliban assassination attempt, in what TOLO described as the first time Yousafzai had ever been interviewed on Afghan TV.
Arghand was blazing a trail, but her work has been put on hold.

She decided to leave Afghanistan, citing the dangers that so many journalists and ordinary Afghans are facing.
Arghand corresponded with CNN Business via WhatsApp and recounted the experience of the past two weeks.

Ultimately, she said, “I left the country because, like millions of people, I fear the Taliban.”

Saad Mohseni, the owner of TOLO, said Arghand’s case is emblematic of the situation in Afghanistan.

“Almost all our well known reporters and journalists have left,” Mohseni said on CNN’s Reliable Sources Sunday. “We have been working like crazy to replace them with new people.”

“We have the twin challenge of getting people out [because they feel unsafe] and keeping the operation going,” he added.

Arghand is 24 years old. She told CNN that she decided to become a journalist in ninth grade after one of her teachers let her come to the front of the room and read the news “like I was the anchor on TV,” she said.