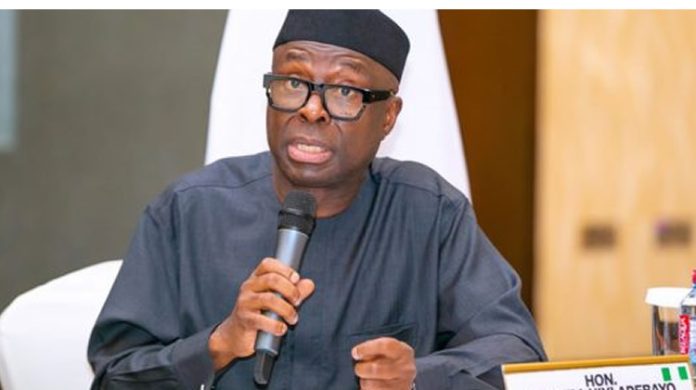 The Federal Government has said it will begin steps towards creating a separate and special foreign exchange window for exporting manufacturers.

The Minister of Trade and Investment, Niyi Adebayo, dropped the hint during the Manufacturers Association of Nigeria Export Promotion Group’s Annual General Conference in Lagos on Thursday.

The minister was reacting to a plea by the manufacturers asking the Federal Government to support the sector by allowing operators to access forex through a special window to be created by the Central Bank of Nigeria.

This, according the manufacturers, will put an end to a situation where operators go to the parallel market to source forex.

The manufacturers contended that other countries like South Africa were already embracing such proposal as a means of encouraging manufacturing activities.

In his response, Adebayo said his ministry would initiate steps towards helping exporting manufacturers cushion the impact of the current forex crisis.

He said, “MANEG is a formidable group. Write to me. I will see how I can use that as reference to engage the CBN. As you know, the CBN is a monster of its own.

“”I like the idea that you came up with, having a different window for manufacturers. The president just set up an economic team, and we have been meeting. Write to me, and we will see what we can do.”

In recent years, the acute shortage of foreign exchange in Nigeria has constituted a major operational nightmare facing manufacturers in the country.

Manufacturers have lamented acute shortage of FX amid lack of locally available raw materials and machinery.

In its most recent Manufacturers CEO’s Confidence Index, MAN said its members had resorted to survival measures amid a worsening business climate.