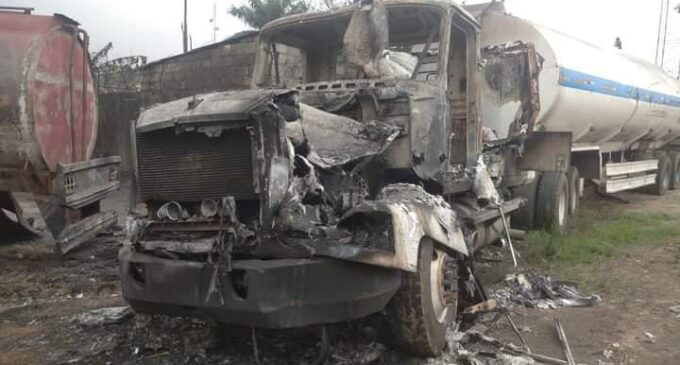 The Economic and Financial Crimes Commission (EFCC) says there was an inferno at its exhibit dump in Iriebi, Port Harcourt, the Rivers capital.

A dump is a place used by security agencies as a storage facility.

According to a statement signed by Wilson Uwujaren, the commission’s spokesman, the incident occurred in the early hours of Monday.

He added that the incident affected “most of the trucks parked in the facility”, before the fire was put out by firefighters.

Uwujaren added that George Ekpungu, secretary to the commission, was at the scene of the incident on Tuesday.

The commission also gave the assurance that investigation had commenced to determine the cause of the inferno.

The EFCC also said measures will be put in place to safeguard all exhibit dumps across the country.