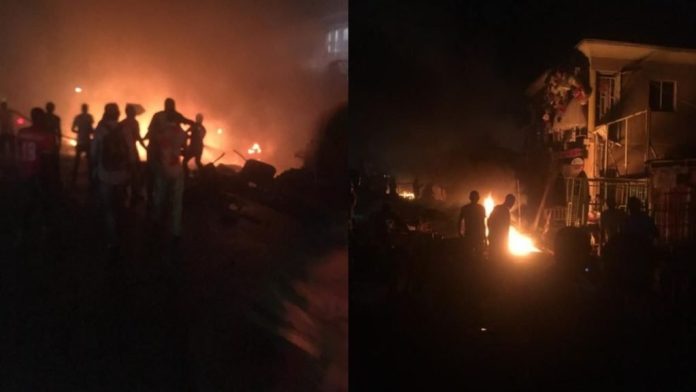 Five persons were feared killed yesterday evening as a section of the popular Kubwa ultra modern market in Abuja was gutted by fire.

While the identity of the deceased were not immediately known, an emergency services personnel at the scene said at least two others were said to have sustained varying degrees of burns.

While the actual cause of the fire which started minutes before 8pm could not be immediately ascertained, traders said it was as a result of explosion from adulterated kerosene.

As of 8:45pm, fire fighters were still struggling to contain the inferno.