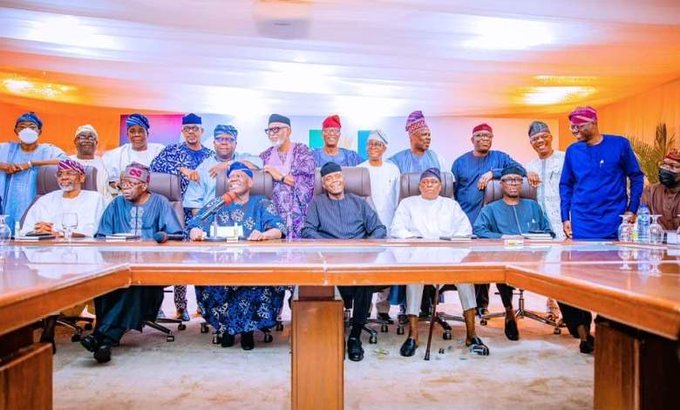 Abike Dabiri-Erewa, chairperson of the Nigerians in Diaspora Commission (NiDCOM), has expressed dissatisfaction over the non-inclusion of women in the All Progressives Congress (APC) south-west leaders’ meeting.

The meeting was held on Friday at Lagos government house.

The aim of the meeting was to work out plans to ensure that the south-west does not lose the ticket because of the number of presidential hopefuls that have declared their interest to run.

But it was an all-men affair as no woman was seen at the meeting.

In a tweet on Saturday, Dabiri-Erewa posted a photograph from the meeting, and said “there is God o!”

Hmnnn! Meeting of Apc SouthWest Elders/ leaders.NOT ONE SINGLE WOMAN!From the whole of the SouthWest Dia is God oooooo🥵🥵 pic.twitter.com/7kE9CudytO