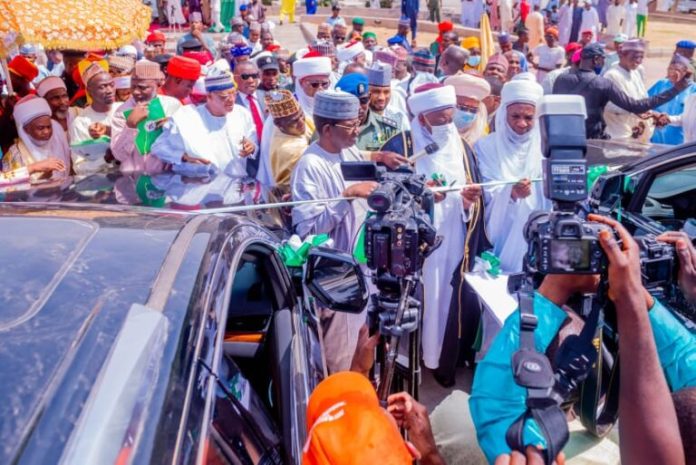 Bello Matawalle, governor of Zamfara, has distributed 260 cars to traditional rulers in the state.

According to Zailani Bappa, his special adviser on media, the governor also commissioned an “ultra-modern headquarters” of the state council of Ulama.

The distribution of cars and the inauguration of the project was performed by Sa’ad Abubakar, the Sultan of Sokoto, at the government house in Gusau, yesterday.

According to the statement, Matawalle said the gesture was done in recognition of the status of the traditional institutions as “the custodians of our religion and culture and vehicle of cohesion and peace in our societies”.

“It is in view of the high esteem with which my administration regards our traditional leaders and institutions that we decided to procure brand new cars — Cadillac 2019 model for 17 emirs, 13 senior district heads and 230 district heads across the state,” Matawalle was quoted as saying.