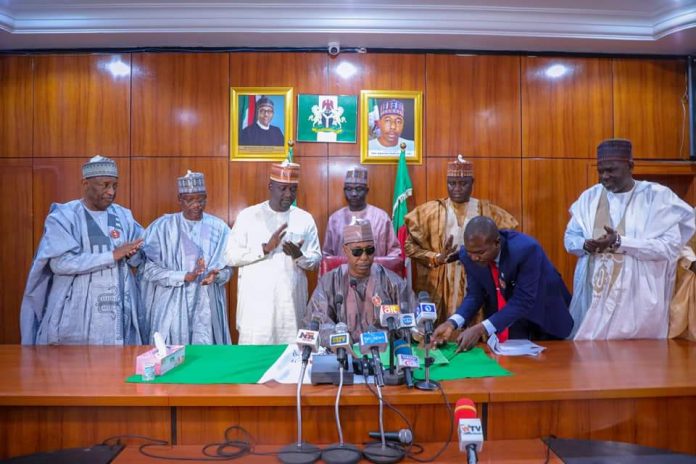 The Governor of Borno State, Babagana Zulum, has signed the 2022 appropriation bill of N269.9 billion into law as passed by the state House of Assembly with an increase of N1.7 billion from the initial bill of N267.9 billion proposed by the state executive in December 2021.

The bill was presented to the governor today at the council chamber of the government house by the Speaker of the state assembly, Rt. Hon. Abdulkareem Lawan, in the presence of other state Executive Council members.

While presenting the budget, the Speaker said the increment of N1.7 billion became necessary in order to cover areas of urgent public attention which were not captured in the budget proposal.

While signing the bill into law, Zulum commended the state legislature for a job well done and advised the commissioners and heads of agencies to be prudent in their spending in line with the provision of the budget.