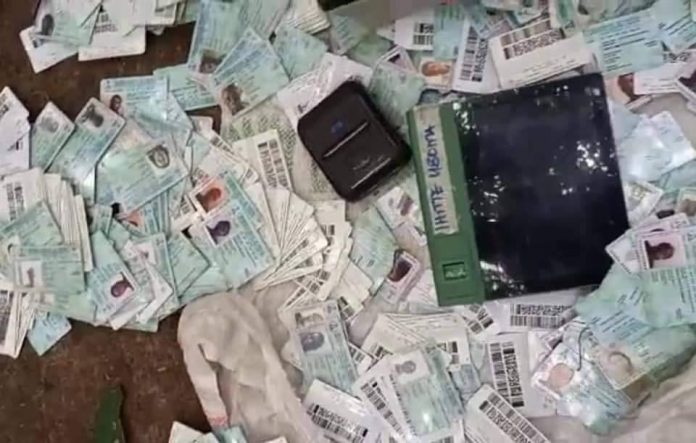 An official of the Independent National Electoral Commission (INEC) in Imo has been shot dead in Ihitte Uboma LGA of the state.

According to a statement issued on Thursday by Festus Okoye, chairman of INEC’s information and voter education committee, the incident was reported by Emeka Ezeonu, Imo resident electoral commissioner (REC).

Two other INEC officials have been declared missing following the attack which occurred on Thursday.

As a result of the development, the commission said it has suspended the continuous voter registration (CVR) exercise in the LGA.

“This is sequel to a report by the Resident Electoral Commissioner (REC), Professor Emeka Ezeonu, to the effect that today, 14th of April 2022, Mr. Nwokorie Anthony, a staff of the Imo State office of the Commission involved in the ongoing CVR exercise, was shot dead by unknown gunmen at Nkwo Ihitte (PU 004) in Amakohia Ward (RA 02) of Ihitte Uboma Local Government Area.

“The REC further reported that the state office is making efforts to locate the whereabouts of the two remaining staff involved in the registration exercise.