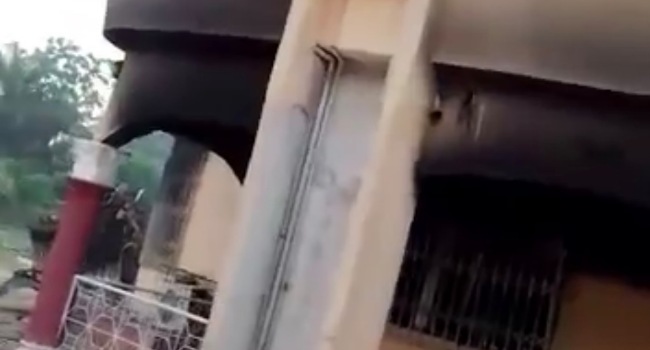 The house of George Obiozor, president-general of Ohanaeze Ndigbo worldwide, was set ablaze in the early hours of today by yet to be identified gunmen.

In a video circulating online, Obiozor’s house and that of his brother can be seen going up in flames.

In recent times, several security breaches in Imo have led to the destruction of public properties and houses of prominent individuals in the state.

BREAKING NEWS: THE HOUSE OF GEORGE OBIOZOR THE OHANEZE NDIGBO PRESIDENT HAS BEEN SET ABLAZE BY UNKNOWN GUNMEN pic.twitter.com/m0QiD9GvRR