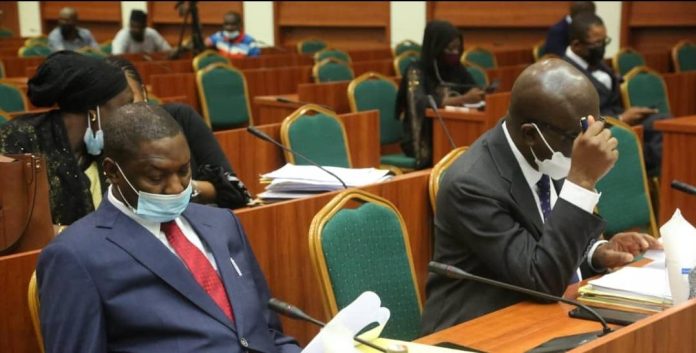 The house of representatives has asked Abubakar Malami, attorney-general of the federation (AGF), to desist from deleting section 84 (12) of the Electoral Act, 2022.

The section reads: “No political appointee at any level shall be a voting delegate or be voted for at the convention or congress of any political party for the purpose of the nomination of candidates for any election.”

The lower legislative chamber passed the resolution during a plenary session on Wednesday.

Sada Soli, a lawmaker from Katsina, had moved a motion and told his colleagues that a recent court judgment is an infringement on the right of legislators to lawmaking.

Last Friday, a federal high court in Umuahia, Abia state, ordered the attorney-general of the federation to delete section 84 (12) of the amended electoral act.

At the plenary session today, lawmakers debated and condemned the decision of the court.

The legislators described the judgment as an aberration and vowed to appeal against the verdict.

Femi Gbajabiamila, speaker of the house, said he cannot allow the lower legislative chamber to be ridiculed under his watch.