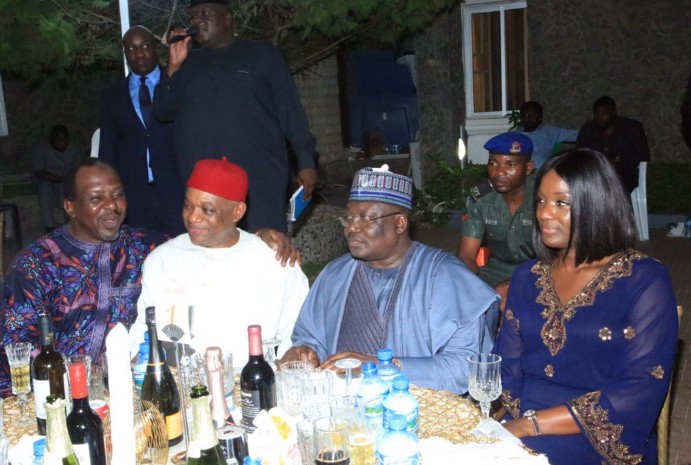 Orji Kalu, chief whip of the senate, says he is ready to become a sweeper in the presidential villa, if Ahmad Lawan becomes the president in 2023.

Kalu, who had been advocating for a south-easterner to become the next president, had, in January, announced he would contest the presidency if the ticket of the All Progressives Congress (APC) is zoned to the south.

However, in a statement last Monday, the senator said he decided to withdraw from the race since there is “no zoning” in the APC and the contest has been thrown open to all aspirants.

The senator also announced his decision to continue to represent Abia north senatorial district, while endorsing Lawan as presidential candidate.

Speaking on Monday in an interview on Channels Television, Kalu said he will make a U-turn if the APC decides to zone its presidential ticket to the south-east region of the party.

When asked to react to claims that he is supporting Lawan so that he can become the next senate president, Kalu said he does not need to have a position if Lawan becomes the next president.

“With Ahmad Lawan, I am ready to be the sweeper of the place (referring to Aso Rock). I don’t need to have a position if Ahmad Lawan is president. That is true,” he said.

“I can sweep the villa. My house is very close to the villa. I can be the sweeper of the villa.”