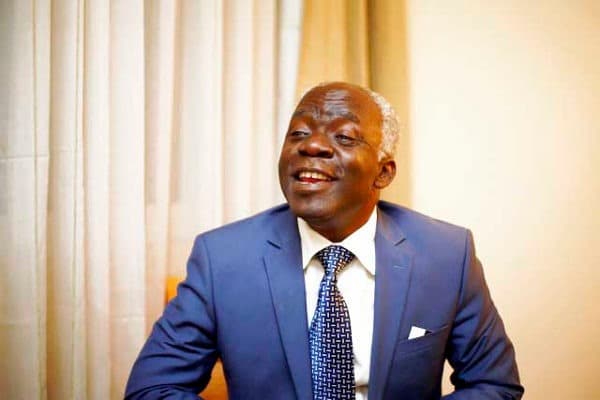 Femi Falana, human rights advocate and senior lawyer, says it is “immoral” for the cost of presidential nomination form to be N100 million when the country’s minimum wage is N30,000.

Falana spoke on Thursday in an interview on Channels Television.

Over the past days, the cost of expression of interest and nomination forms of the two major political parties in the country — Peoples Democratic Party (PDP) and the All Progressives Congress (APC) — has elicited varied reactions.

In the APC, the presidential form is pegged at N100 million, while that of the PDP is N40 million.

Speaking on the development, Falana said the “outrageous” cost of nomination forms is against the constitution on participatory democracy.

“Those outrageous nomination fees are immoral, insensitive and illegal,” he said.

“Section 14 of the constitution provides for participatory democracy. Article 13 of the African Charter on Human and Peoples Rights provides that every person shall be entitled to participate directly or indirectly in the politics of his or her country.

“Again, section 42 of the Nigerian constitution provides that nobody shall be subjected to any restriction or discrimination on the basis of class, fortune, sex or whatever.

“If these parties are saying they want to exclude unserious people, that if you cannot mobilise N100 million or N40 million, you cannot attain some positions in your country, that is discriminatory and illegal.

“The immorality of it is that we have over 90 million Nigerians that have been classified poor. In a country where the minimum wage is about N30,000 and it is not paid by some states, you can’t say you are collecting N100 million or N40 million to purchase a form.

“I have said it publicly but nobody has challenged me. Those fees are the highest in the world.”