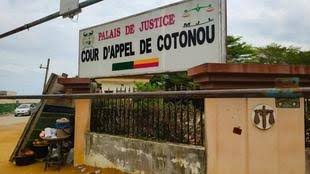 The activist was returned to cell after a 13-hour hearing, which ended around 11:20 pm yesterday.

The case was heard behind closed doors as the court limited attendance to lawyers, Igboho’s wife, Ropo, and a few others.

Journalists and Igboho’s supporters who thronged the court in the large numbers were denied access.

Details of the judgment are sketchy as of the time of filing this report.