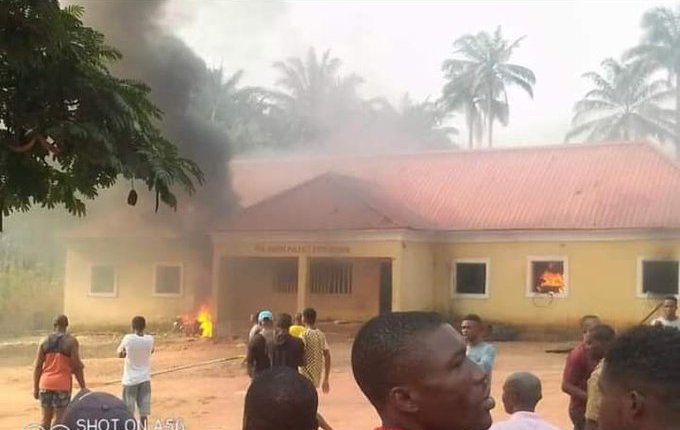 No fewer than five persons have been reported killed by gunmen in Ozubulu, in the Ekwusigo Local Government Area of Anambra State.

The office and vehicles belonging to the vigilance group in the area were set ablaze.

A businessman whose identity could not be ascertained as of press time was among those killed.

The State Police Public Relations Officer, Ikenga Tochukwu confirmed the incident but said he had not been briefed on the number of casualties.

The PPRO said,” Yes, there was an attack on Ozubulu but not the police station but vigilante office by the hoodlums

“They came in Sienna vehicles, motorcycles, and attacked the office of the vigilante. Security operatives have been deployed to the area and normalcy has been restored.”

He said the incident happened around 7pm yesterday.

A source in the area said five bodies were found at the scene of the incident.