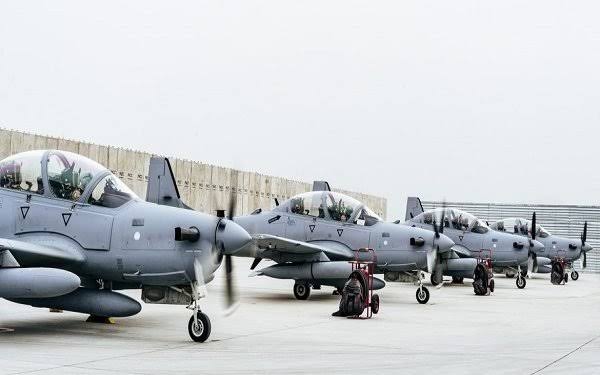 The Nigerian air force yesterday took delivery of the first batch of six A-29 Super Tucano aircraft from the US. 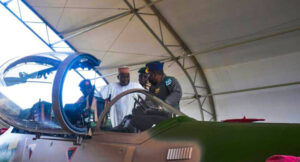 Edward Gabkwet, the director of public relations and information, air force headquarters, announced the development in a statement in Abuja.

The air force spokesman said the aircraft arrived Kano state at about 12.34pm.

Bashir Magashi, the minister of defence; Faruk Yahaya, chief of army staff; and Oladayo Amao, chief of air staff, were on hand to receive the aircraft. 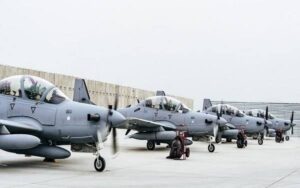 Gabkwet had on July 15 said the aircraft had departed the US and will move through five countries before arrival in Nigeria.

“The first batch of 6 A-29 Super Tucano aircraft have departed the United States of America on Wednesday, 14 July 2021 en route Nigeria,” he had said.

“The 6 aircraft will be leapfrogged through 5 countries, including Canada, Greenland, Iceland, Spain and Algeria before arriving their final destination in Nigeria towards the end of July 2021. 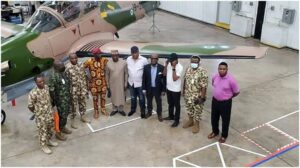 “An official induction ceremony of the aircraft into the inventory of the Nigerian Air Force is already being planned at a later date in August 2021 to be announced in due course.”

Meanwhile, the chief of air staff had earlier announced that the air force is expecting 20 fighter aircraft before the end of 2021.

He said aside from the batch which just arrived, six more A-29 Super Tucano aircraft will arrive in September, while two CH-3 and four CH-4 UCAVs will arrive the country before the end of 2021.