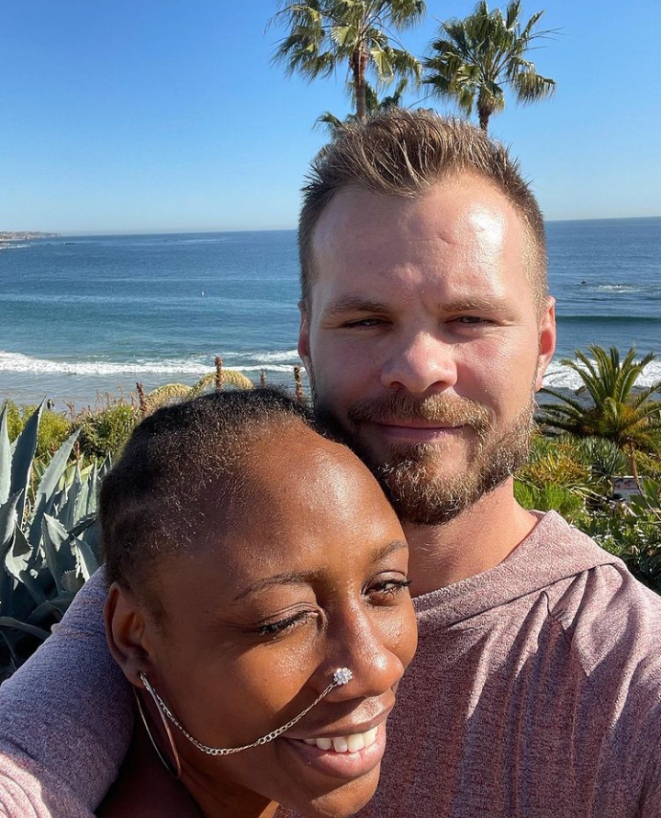 Popular Nigerian singer and dancer, Korra Obidi, has cried out bitterly on social media, alleging that her husband, Justin Dean, had stolen a sum of 5000 dollars from her.

Obidi, who had said that she mistakenly sent the money into their joint account said Dean immediately emptied the account.

The singer said in her Facebook live video on Saturday that she could no longer be silent over her marriage, saying that the reason she had been silent over the marriage was that she knew the “internet never forgets.”

“I did not want to speak about my divorce in public, it was a decision I made, knowing that the internet never forgets and considering that I’m putting my children first.

“But at this juncture, I have no choice but to do what I’m doing right now.

Obidi lamented that she had gotten a lot of bills to pay including a $21,000 meant for the lawyer over their divorce case, saying Justin had not been responsible for any bills even though he caused all of them.

Korra said Justin stole from her and her girls, adding that she had messaged him to refund the money, but she didn’t understand what Dean was saying.

“He just wants us to be homeless.

“I made the money for my girls, from my promotion, I sent it for rent, but he’s stealing from us.

“I know I have to be strong, but this is someone that comes online tarnishing my image and my reputation,” she said.

The singer said she was ready to now fight everything with her last blood adding that Justin must return the money tomorrow or she would come out with all evidences, including all the abuses she had faced.

“I am not the first woman to get a divorce in America and I would not be the last,” she said.