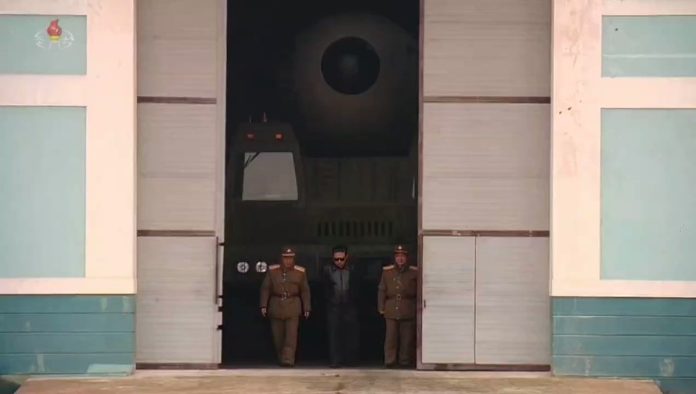 Kim Jong-un, North Korea’s leader, has appeared in a rather dramatic Hollywood-style propaganda video of the country’s missile launch.

The footage, which has been likened to “old-school Hollywood”, saw Jong-un dress in a leather jacket and sunglasses.

The video also shows Jong-un — flanked by other military officials — walking in slow motion in front of the Hwasong-17 missile before it was fired.

Over a suspense-evoking soundtrack, the camera shot switches between the two officials and the North Korean leader before Jong-un snaps off his sunglasses and gives a nod for the massive missile to be set up and launched.

According to The Times of London, the missile reached a maximum altitude of 3,880 miles (6,248 km) and traveled 680 miles (1,090km) during a 67-minute flight before crashing into Japanese waters.

Kim Jong-il, Jong-un’s father, was said to be a massive fan of cinema, who owned more than 20,000 videos and DVDs.

In the 1970s, he was said to have ordered the kidnapping of a South Korean director and an actor to help grow North Korea’s film industry.

This is not a parody, that's official video of Kim Jong-un guiding the test launch of Nork Korean missile 😂 😎 pic.twitter.com/1ZSj5OnqTO