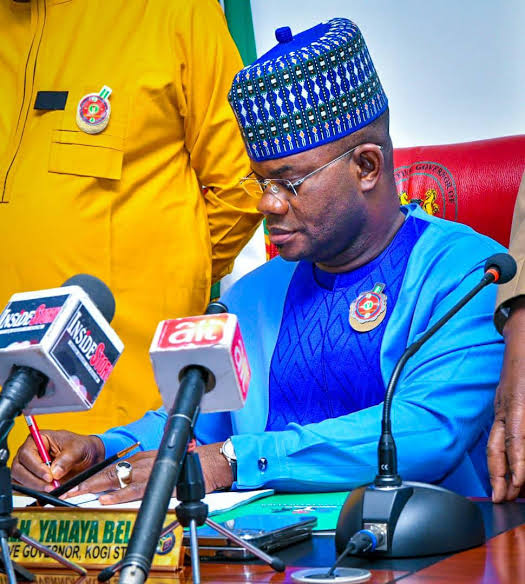 Kingsley Fanwo, Kogi state commissioner for information and communications, has been accused of “foot-dragging” over the fate of the Kogi State Broadcasting Corporation (KSBC).

KogiRadio 94.1FM went off-air in March 2021 owing to what insiders described as a major fault with the transmitters.

Insiders told newsmen that when Yahaya Bello, the state governor, was informed of the development, he immediately approved funds for the purchase of new transformers as well as the digitization of the station.

A member of KSBC staff, who spoke to newsmen off-record, accused the commissioner of foot-dragging on the resuscitation of the station.

“The commissioner has been foot-dragging on the matter as residents of the state who rely on the corporation for information have remained in limbo and are now having to make do with listening to stations from other states,” the source said.

When contacted, Fanwo said the delay was because “there is due process in Kogi state” and that the governor “has been so supportive and has revolutionised the information sector in the state”.

Fanwo told newsmen: “No administration has done half of what the governor has done in the information sector of the state. From Graphic Newspapers new magnificent building to the state-of-the-art facilities at the printing press and resolving power issues at the broadcast stations with the provision of 100kva generators, the governor has shown beyond doubt his commitment to the information sector.

“The Kogi Open Governance and Accountability System has broken new grounds in government-citizens communications and we are a leading state in terms of giving information to our citizens.

“The Kogi State Broadcasting Corporation has enjoyed tremendous support from the governor. Over the years, it was abandoned. That was the reason those transmitters were packing up. They were not even in conformity with the NBC specifications.

“What we are doing now is to install modern transmitters and completely digitise the stations. The governor has given approval and we have completed the processes leading to procurement. We try as much as possible to follow due process, working with the relevant authorities.

“Very soon, the people of Kogi will begin to listen to their darling station. The delay was because we want to give the best to the people.”

He was silent on when due process will be completed.