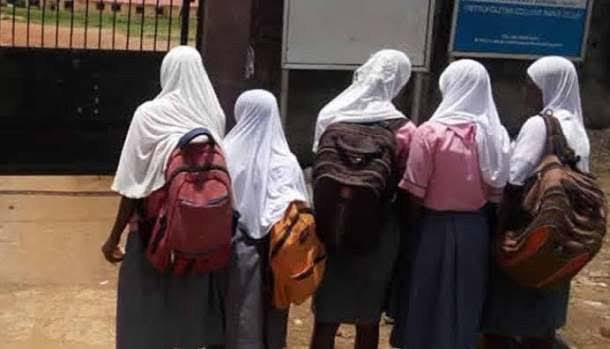 Kwara government has announced that the 10 schools involved in a recent hijab controversy in the state would resume their third term academic session on Monday, April 12, today.

According to NAN, a statement from Kemi Adeosun, permanent secretary, ministry of education and human capital development, yesterday, said the decision was to bring students in the schools to meet up for the period when their schools were shut.

”This is to inform parents/guardians and teachers that the 2020/2021 third term academic session for the 10 schools affected in the recent hijab debate starts on Monday, April 12,” the statement read.

”This is part of the government’s efforts to bring the students in these schools up to speed in whatever they may have missed when their schools were shut.

”This is especially necessary for students preparing for external examinations.

”The resumption date for other schools not affected by the brief closure of schools is Monday 26th, 2021, as had earlier been communicated.”

In the past few weeks, the state has been embroiled in controversy over the use of hijab in public schools, especially those that are referred to as grant-aided missionary schools.