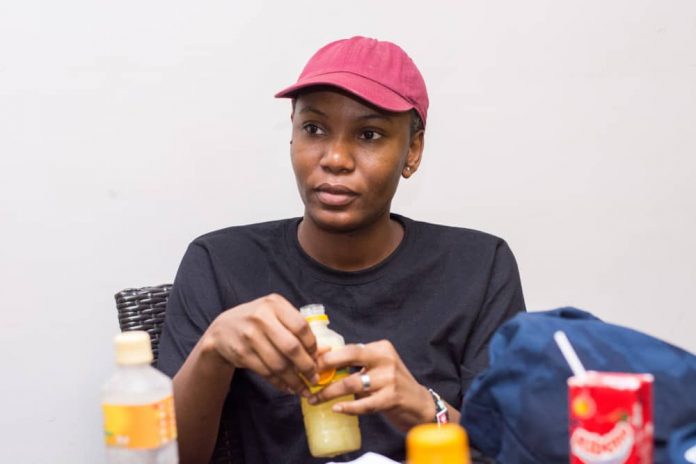 Munachim Chukwuma Onyia, a 25-year-old lady declared missing, has continued to spark mixed reactions on Twitter after some users accused her of faking her kidnap.

Jordan, Muna’s brother, had on Sunday taken to the microblogging platform to alert the public about his missing sister, whom he claimed had not been seen for about 10 days.

In a Twitter thread, he said his sister was last spotted at her office in the early hours of April 29 and had gone missing since then.

“My sister Munachim Chukwuma Onyia has been missing for about 10 days. My parents reached out to the police Earlier but there seems to me no valid update or information yet, she was last seen on Thursday early hours at the office in Victoria Island,” he wrote.

“Her numbers one hasn’t been reachable while the other is reachable and seems to be with a guy that has been scamming people and us in exchange for information about her whereabouts, he asked us to send him money so as to get an address and to help her escape only for him to send an address with a dead end.

The development, which comes at about the same time when Uduak Umoh, a young female job seeker was killed in Akwa Ibom state, had prompted the hashtag #FindMunachim.

But shortly after the post started garnering attention, some users dismissed the narrative that the lady was missing. They also accused her of fleeing after defrauding them of their hard-earned money.

“Your sister is not lost. She is hiding with my money and several other peoples money to the tune of billions. Stop this nonsense. I was at police station till 3am because of this bullshit, people are in trouble because of this babe and these ones are doing social media campaign,” a user had fired back.

More revelations soon started to unfold as several other users began sharing their experiences with Onyia.

A lady simply identified as Ima also disclosed how Onyia allegedly duped her of 64,000 cedis (over N4.5 million) about seven years ago.

“Yooo this babe took 64,000 cedis and that’s just 1 person out of the 100s she scammed. Imagine our shock when we saw a video of her introducing herself as a financial expert and wealth advisor 4 years later in Lagos…” she wrote.

Another user accused Muna of defrauding people of N1.1 billion by telling them to invest in her forex trading platform.

“Apparently, this is the Muna person that finessed people 1.1 Billion Nigerian Naira and gone MIA,” he wrote.

The user also shared tweets of others whom Muna had also allegedly defrauded in 2015 after which she was reported missing only to be found in Nigeria years later.

Amid the drama, a video of Muna had surfaced wherein she was seen promoting Halo invest, a finance platform, and declaring that her target was to make $4 million.

“My name is Munachi. Let me tell you something. This year, I want to earn massive wealth, something like $4m. Forget what they tell you on Twitter,” she was heard saying.

Here are other reactions: