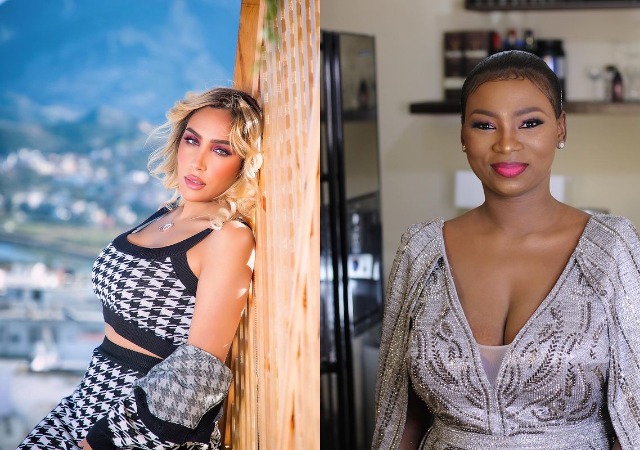 Days after calling out the honourable, Ned Nwoko, Aphrodisiac businesswoman Jaruma Empire links up with his ex-wife, Laila Charani.

Ned Nwoko and Laila are reportedly having a difficult time separating after the former accused the latter of cheating on him.

Following the controversy that accompanied their split, Jaruma criticized the businessman for being under the influence of her aphrodisiac drugs, which Regina Daniels had previously obtained for N5 million.

Days after their public outbursts on social media, the entrepreneur was observed dancing gleefully with the estranged Laila in a video circulating on social media.