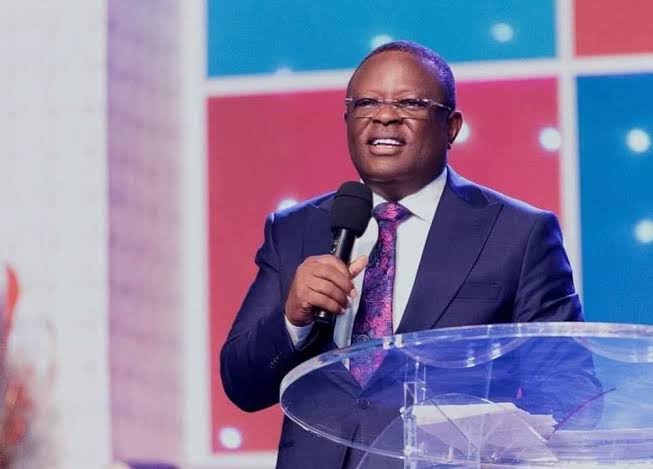 1. Our attention has been drawn to series of social media posts and unguided print conversations shared by different uninformed groups over the criminal charge faced by Rev Fr. Timothy on his alleged complicity in aiding and abetting war and killings in Effium/Ezza Effium Community in Ohaukwu Local Government Area.

We have refrained from joining issues because of our respect for the institution he belongs.

2. While we view it unfortunate that the Rev Father could be involved in a suspicious conduct that led to his detention and prosecution by the Police, we wish to place on record that the Governor of Ebonyi State, *His Excellency Engr. Chief David Nweze Umahi FNSE FNATE* has no hands whatsoever on the matter as it is purely a serious security concern handled by the community and the security operatives.

3. The security report made available to us indicates that Rev. Fr Timothy Ngwuta was arrested by the surveillant youths and vigilant team of Nwori village in the warring community when he came in the company of two other suspects on 11th December, 2021 to recover a vehicle suspected to have been used to convey some of the armed warriors suspected to have unleashed attack on the security operatives who were in search of the bodies of the 5 NELAN Engineers allegedly killed by kingpins of the warriors.

4. Security report further revealed that the said Rev. Father is a native of Inikiri Umuezokaoha Ezza Effium, a section of the warring community where the suspected attack occurred and it is also on record that he confirmed in his statements to the Police that he went to Nwori village to recover the car suspected to have been used by the armed warriors to carry out the attack that led to the death of two security operatives and others injured during security operations at Nwanenwo forest on the 28th day of November,2021

5. It would be recalled that 5 NELAN Engineers who where on duty visit to the State Ring Road Project enroute Nwanenwo in Ezza Effium axis fell prey to the attack of the armed tribal warriors on the 3rd day of November,2021 and the State Government promptly directed security agencies to declare manhunt on perpetrators.

6. The essence of this narrative is to underscore the gravity of the offence that was linked to the Rev Father and to state that justice has limitless jurisdiction and applies to all persons no matter their class or faith.

This situation does not call for sensational or sentimental publications or conversations, it calls for sober reflection on the lives that have been wasted and properties lost to these needless conspiracies against humanity in Effium/ Ezza Effium Community; *Governor Umahi* has unbridled love for the servants of God no matter their faith and he has deep respect for and shared collaborations with the Catholic community.

7. The Governor deserves our commendation for his determination that inspired the security operations that uncovered the killers of the 5 innocent NELAN Engineers despite oppressive blackmail from mischievous elements.

8. We therefore advise those who take pleasure in politicizing the unfortunate misunderstanding between the two tribes of Effium/ Ezza Effium community for clannish gratificatios to please allow security agencies to do their work.

Many people suspected to be behind the crime in Effium/ Ezza Effium are already facing trial and that of Rev Fr. Timothy Ngwuta cannot be an exception.

The offfence of conspiracy to promote communal war is viewed seriously by the Laws of Ebonyi State and cannot be sacrificed at the altar of religion moreso as we have not been told that Rev. Fr. Timothy Ngwuta is infallible.

9. The public is assured that justice is available not only to the victims, but also to the accused and the society and we have unwavering confidence that justice will be done on the matter no matter whose ox is gored or whose spade is in the garden.